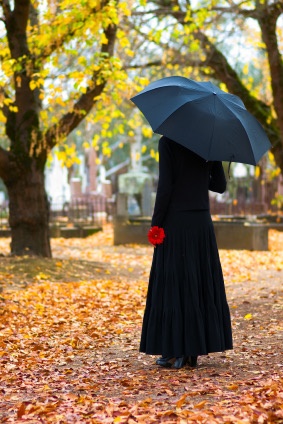 The Change in Social Standing

In the late 1970s researchers completed a simple research study the shocked the world with its findings. They gave a list of descriptors, such as outgoing, strong, moody, weak, and independent, to their sample group and requested that the subjects select from the provided list of attributes qualities that would describe an average man and an average woman.

The results were stunning; women were not only seen as feminine, but also in terms of negative connotations, such as weak, submissive, and superstitious, whereas men, in addition to being seen as masculine, were also perceived as competent, independent and strong. The researchers concluded that society perceived women in inferior terms when compared to men.

I realize, however, we have entered the twenty-first century and that attitudes about gender difference have changed. Many of these biases have softened or disappeared as women have taken on more roles in the workforce and have occupied greater positions of power.

So, why am I blogging about gender differences? Well, because I have stumbled onto another quiet prejudice that I had no idea existed until I became a member of that group; it is the general perception of widowhood.

My mother-in-law warned me about the existence of this prejudice when she shared with me that being a “widow was almost a dirty word.” Her statement shocked me. I had never witnessed this kind of prejudice. The widows I had known were the older ladies at our church. I admired their spirit of volunteerism. They often were the one who ran church or local community ministries. They were strong, capable women who had made the best of a very difficult situation. To me, being a widow meant becoming more involved and giving back, and it exemplified strength, courage, and resiliency.

Widowhood is a Dirty Word

Unfortunately I had discovered an ugly secret. Widowhood is a dirty word.

I recently joined an online group for widows and widowers. It offers a safe place for those who have lost a spouse to share honestly and openly about the challenges of this unwanted life circumstance. Over and over again I read about rejection, misunderstandings, and biases that individuals in this group experience. Some have shared that they are seen as being lucky because they don’t have to live with a difficult marriage, that they no longer need help since their loved one’s battle with the life-threatening illness is over, that they are no longer family to their in-laws despite being an active member for many years, or that the tragic circumstances of their life somehow makes them tainted or contagious, resulting in a sense of rejection and loneliness.

I cannot begin to express the pain of losing my husband, Brad. In many ways grief is grief, whether is the loss of a close friend, parent, child, or a spouse. But there are some major differences too.

When my father suddenly died in 2011, so did my practical, “go-to” support person for household problems. I loved his quiet belief in me. To lose him meant I had to look more to myself when I took on new projects.

I have never lost a child, but I have known those who have. I imagine that parents in such situations feel like that they not only lost their precious son or daughter, but also his or her future self as well.

Losing a spouse is different. Not harder or easier, just different. When Brad died, I lost my partner in life, my best friend, and my lover all rolled into one person. I had shared my life with him. He was who I called after a bad day at work, he reassured me that my new hairstyle was cute, and he told me how much I meant to him during one of my moments of insecurity. When Brad died much of my imagined future also died with him. We talked of visiting different cities each year during the worst of Michigan’s winter’s months. We couldn’t wait to be empty-nesters so that we could travel at a moment’s notice. All of those hopes and dreams disappeared with him.

What I struggle to understand is why do others struggle to support widows and widowers? Is it because being a widow might remind us of that life is fragile? Or, does it could cause some to feel helpless and overwhelmed when faced with the grieving person’s pain. Maybe others aren’t quite sure how to incorporate this person into their social circles since it mostly consists of couples.

I suspect there are many complicated reasons for this problem, but the end result is the same for the widow or widower: social isolation. One woman wrote that she had no children and wasn’t an active part of her extended family. She said she is constantly alone and doesn’t see any foreseeable change in the future.

I suspect if the 1970’s study was conducted today, but instead compared attributes that described a normal man or woman to those which described a widowed man or woman, we would see similarly uncomfortable results.

I then wonder to myself, “why I am writing this article. What is it that I am hoping will come about?”

Well, I don’t want you all to rush out and send me a personal card with the message, “I’m thinking about you!” (although I love the spontaneous or God-led ones :)!), and I don’t need more phone calls. But, I do hope that we all can begin to see this often unrecognized group of individuals who walk among our midst. They face huge challenges as they raise children alone, work tirelessly for financial stability, and try to find their new “family” or community in the sea of couples. And they do all of this while remembering and grieving the one that they had held the most dear, their lost spouse.

Other Posts You May Enjoy-

What Most People Don’t Understand