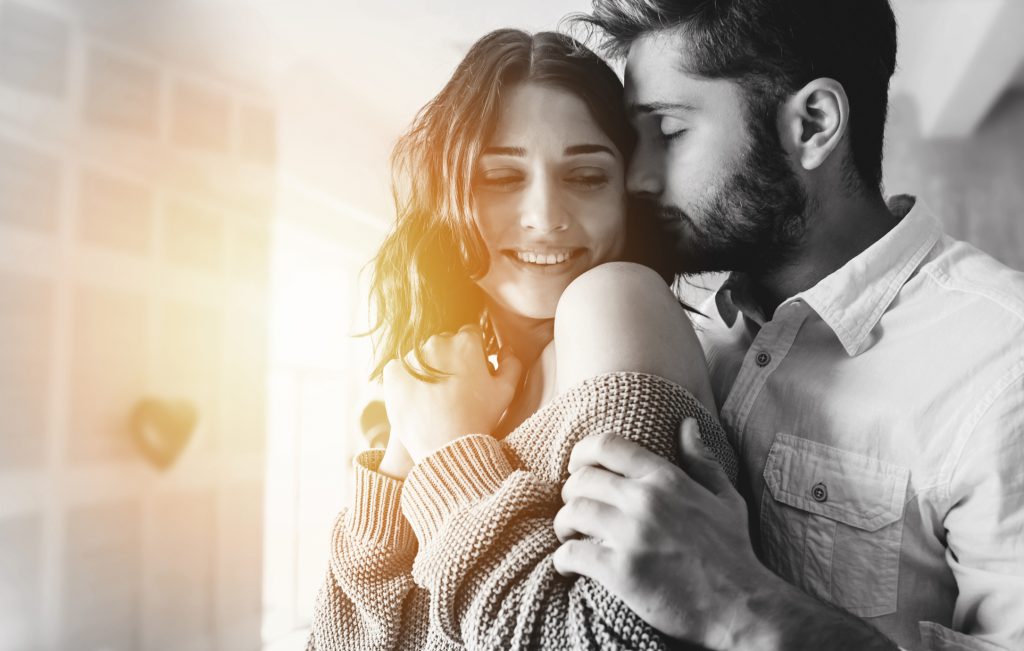 It was apparent death was near. Brad’s pain had become a challenge to manage. I could tell he was losing the battle against cancer.

Brad was only 52 years old when he learned he had a terminal diagnosis, but he faced the end of his young life courageously. He believed in an afterlife called Heaven, and spoke of it often.

Brad and I had been together for thirty-three years. We were nineteen and in college when we met. He’d gotten hired as the new cook at the restaurant where I had a summer job. I wasn’t impressed, despite his pretty blue eyes under that mop of long blond hair.

My coworkers threw an impromptu party after work one night to celebrate my birthday. Soon we had a roaring bonfire going and music piping out of a large stereo system hooked up to somebody’s car. We sipped Kool-aid mixed with Crystal Clear alcohol. A slow song played and Brad asked me to dance. He pulled me close; we twirled in a lazy circle. By the evening’s end, I knew I’d come home.

We became inseparable and married two years later. A few coworkers from the restaurant drove several hundred miles to attend the wedding. We had successful careers, raised three sons, and were only a few years from retirement when Brad learned he was ill.

Most of December he didn’t feel well. Maybe it was his diet or the flu that was making the rounds. Two days after Christmas, we learned he had small intestinal cancer.

Surgery failed to remove the tumor; Brad was dying. He began to prepare to leave me and the boys behind. We met with an attorney and spoke to our accountant. Then we went on one last trip to celebrate our anniversary.

I’ve never handled separations well. I suspect it’s a holdover from suffering too much trauma. Even Brad’s overnight business trips would make me panic. Each time I was sure something bad would happen to him while he was away. Now my fear was coming true; he was leaving me for good.

One morning, we awoke and cuddled in bed. I tucked my face against Brad’s neck and enjoyed the peaceful moment as I wondered how many more of these I’d have.

Neither of us spoke. Brad seemed lost in thought.

“Promise me, you won’t try to reach me after death,” he said. Our faith practice discouraged seances or psychic readings.

“Yeah, I promise,” I murmured. “But can you try to let me know you’re okay? Please?” I began to cry.

“I can’t promise you that. You know that. But I’ll do whatever I can.” He was silent for a moment. “I do have a special song picked out for you. I’ve already made arrangements to have it performed at my memorial service. Can I play it for you now?” he asked.

This surprised me. Brad wasn’t one to give flowers or cards.

Touched, I nodded and smiled.

The music of the Beatles’ song, “And I Love Her,” filled our bedroom. I’d never heard it before. As I listened to the words for first time, I wept.

Several weeks later, he was near death. He had fallen into unconsciousness a few days earlier. The moments he was awake, he no longer recognized me or his sons. Instead, he begged to go and as he tried to leave the room.

“Brad’s ready to die, but his body hasn’t figured out how yet,” the nurse explained.

I stayed by his bedside and held vigil, only slipping away for brief walks. I knew it wouldn’t be long now and didn’t want to miss a single moment.

I dreaded our final farewell. Would he be scared?

I imagined holding Brad’s hand and comforting him as he let go. I’d heard some people had moments of lucidity just before death and hoped he would too.

As his condition worsened, I asked the hospice doctor how much time he had.

“Could be as soon as the next couple of days but could be longer,” the doctor said.

I assumed the staff would alert me once death was imminent. No one told me he had a only few hours to live as I got ready for bed.

Someone shook my shoulder. “Wake up, wake up, Brad’s gone.”

I rubbed my eyes.

“I was just here two minutes ago, and Brad was still alive, but he’s gone now. I’m so sorry,” the nurse said.

My heart plummeted as I rushed to his side.

I picked up his hand. I’d known its boyish planes and lines for years. He’d traced hundreds of invisible love letters into my palms and liked to weave our fingers together. Now I’d never feel the warmth of his hand again.

“Goodbye, Brad,” I whispered. “The boys and I will be all right. We will miss you terribly, but we will be okay.” Tears dripped down both cheeks.

I doubted Brad heard me. I figured I was speaking into the empty air.

Although no one stood behind me, I felt someone give my shoulder a gentle squeeze.

For years Brad had had a habit of walking up behind me as I finished washing the last of dinner’s dishes and giving one of my shoulders a quick massage. I’d laugh and tell him not to forget the other one.

I felt his touch one more time.

As Brad’s spirit prepared to enter the afterlife, he paused and reached across the spiritual plane to let me know he was there.

After days of agony, and passing through the throes of death, he remembered. He had found a way to fulfill his promise to say goodbye.

That moment changed me. His loving gesture reassured me that death cannot break the bonds of love. The deceased aren’t gone, just separated from us.

Brad cared for my fearful and broken heart. One more time he showed me the depth of his love with this sacrifice. Words cannot express my gratitude for his incredible gift.

Forgiveness is the Road to Self-Love

My Amazon Sister, My Friend

Greatest Life Lesson I Learned from a Dying Man

Dr. Kerry McAvoy is psychologist, writer, author, and survivor. Her memoir, which explores the devastating impacts of deceit and betrayal, is due out next year.