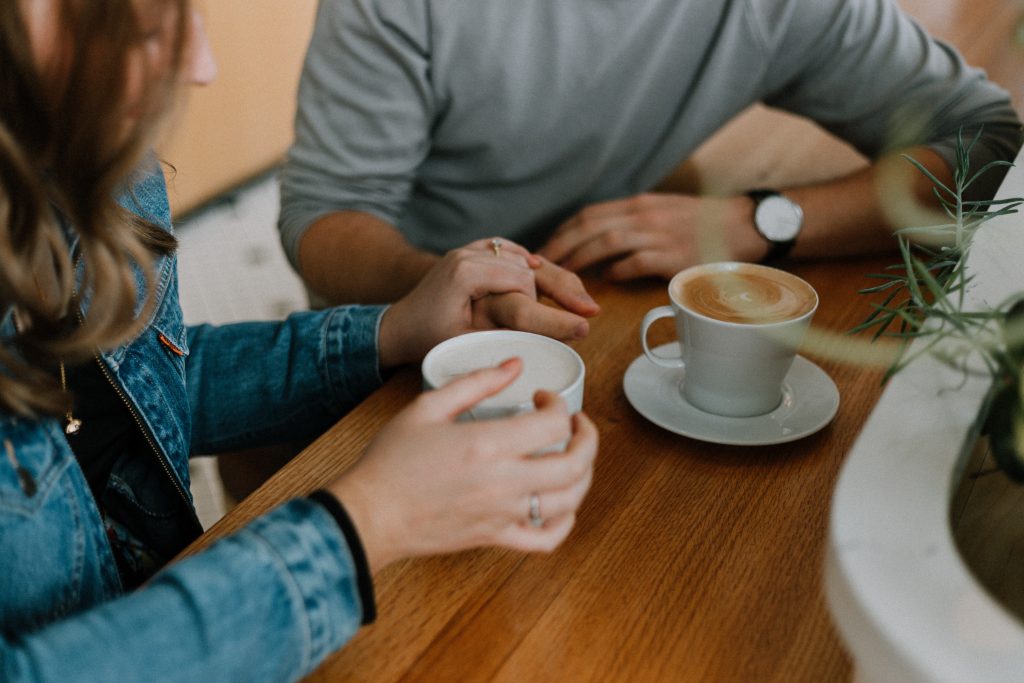 My dad's discovery of audiobooks changed everything.

Growing up, I loved yet feared my dad. A strong man who worked with his hands, he rarely spoke unless he was regaling us with tales of his youth around the dinner table.But there was a painful distance and I didn’t know how to deepen the relationship.

I yearned for his approval but didn’t know how to win him over. He insisted each of his children have a college education so that they could be more successful than him. Knowing how important this was to him, I worked hard to be a straight-A student, hoping to make him proud.

Outside of these efforts, I felt disconnected from my dad. He put in long work hours, especially once he started farming full-time. Some nights he came in the back door after dark hunched over by fatigue; his skin tone nearly gray from exhaustion and hunger. As he sipped his cup of hot coffee and rested at the kitchen table, I’d offered to rub his neck. He’d thank me for the gesture as he shooed me away. I loved him with a ferocity, yet couldn’t figure how to be close. How to deepen the relationship.

My dad had a secret, one we, as a family, never discussed. He was illiterate.

Although he could sign his name and write out a check, he could neither read or write. I never saw him hold a book or pick up a magazine. If he had to read anything more than a paragraph long, he would call me over and ask me what it said.

My dad would occasionally refer to some new farming practice from a magazine he kept on hand. I never figured how he managed to comprehend its articles on the latest research in animal husbandry. Maybe my mom helped out by reading aloud to him. If so, it was never done in my presence.

Somehow I became aware my dad couldn’t read or write. Maybe I noticed his illegible handwriting and his garbled, nonsensical spelling of simple words. Perhaps he had asked me one too many times for assistance. Somehow, I slowly put it together and just knew.

My dad’s illiteracy was more of a private matter than hidden fact. He never made any special efforts to keep his inability a secret. My family had a habit of denying the obvious as if we had made an unspoken pact of silence. Once I learned of my dad’s issue, I joined the protective barrier surrounding him so that no one outside of the family was the wiser.

As I grew older, I found the courage to ask him about it and learned that he’d had an accident as a kid. He’d grown up in a home with a raging alcoholic stepfather, an abusive man who reined the house in terror with his drunken fists.

Dad remembered one particular fight when someone had thrown a thick glass soda bottle, which struck him on the back of the head. In addition to the deep scar it left on my dad’s scalp, he said he was never the same. The alphabet letters began to jump and dance on the page — no longer understandable.

The Role of His Disability

In those days, the understanding of the connection between learning disabilities and brain injuries was limited. It didn’t help that my dad lived in a troubled home where daily emotional and financial survival was a challenge.

No one sought medical help for my father. No special school programs existed. Instead, my dad managed with his changed circumstances the best he could. Somehow he managed to finish high school despite having nearly failing grades. And then, he made a living using his hands, first as a tool and dye operator at a local factory and later on as a farmer.

Longing to Deepen the Relationship But Can’t See a Way

His illiteracy created an unspoken gulf between the two of us. One, I didn’t know how to cross. Here was a man who had never read a book. How could I begin to share all the ideas I was learning as I devoured nearly a book a day? I couldn’t discuss the latest theory I’d read or story that had captivated me. He had no way of understanding what it felt like to be transported to an imaginary world.

All that changed in an instant.

On the morning the space shuttle Challenger exploded, a thirty-foot-long tree top that had been sheered by a wind storm broke free and struck him on the shoulder as he walked beneath it. The trunk’s immense weight and impact drove him to the ground with such force that his right femur and one of his vertebrae shattered.

Miraculously, Dad survived. He spent the next three months immobilized in a body shell, confined to a recliner.

The Discovery of Audiobooks

Not one to watch television, my dad discovered audiobooks; and the world came alive. It was as if he had been transported from the boxy, flat two-dimensional plane to the vibrant, rich depth of a three-dimensional universe. And in this massive paradigm shift, he became acquainted with new ideas, new landscapes, and new ways of thinking. Hearing stories transformed him.

My dad became a voracious reader, devouring one book after another. He fell in love with his newfound literacy, and it changed him.

But it did more than that — it altered our relationship.

Gone were our five-minute awkward phone conversations. We began to truly communicate with one another for the first time in 46 years. We talked on nearly a weekly basis. Dad would make book recommendations. We discussed what he was learning, laughed over the funny parts of stories, or complained to one another about failed plot lines.

Books connected the two of us by providing a bridge of commonality, drawing us closer.

My dad went on to live for another eight years after recovering from that terrible accident. The extensive bleeding from the massive internal damage he had suffered threw a clot to his heart, which eventually killed him.

My dad’s literacy was a blessing, not just for him but for me as well. It became an essential foundation on which the two of us discovered a better father-daughter relationship.

Through my dad’s discovery of stories we developed a common bond and a chance to get to know each other in a new way. Gone was the awkwardness I’d felt as a child around him. We had found a way to deepen our relationship.

Once in awhile I’d call home for Mom, but get my dad instead. We chat, giggle, and tell each other stories. I’d hang up from those phone calls only to realize nearly an hour had passed and smile.

The Problem With Advice and What to Do Differently