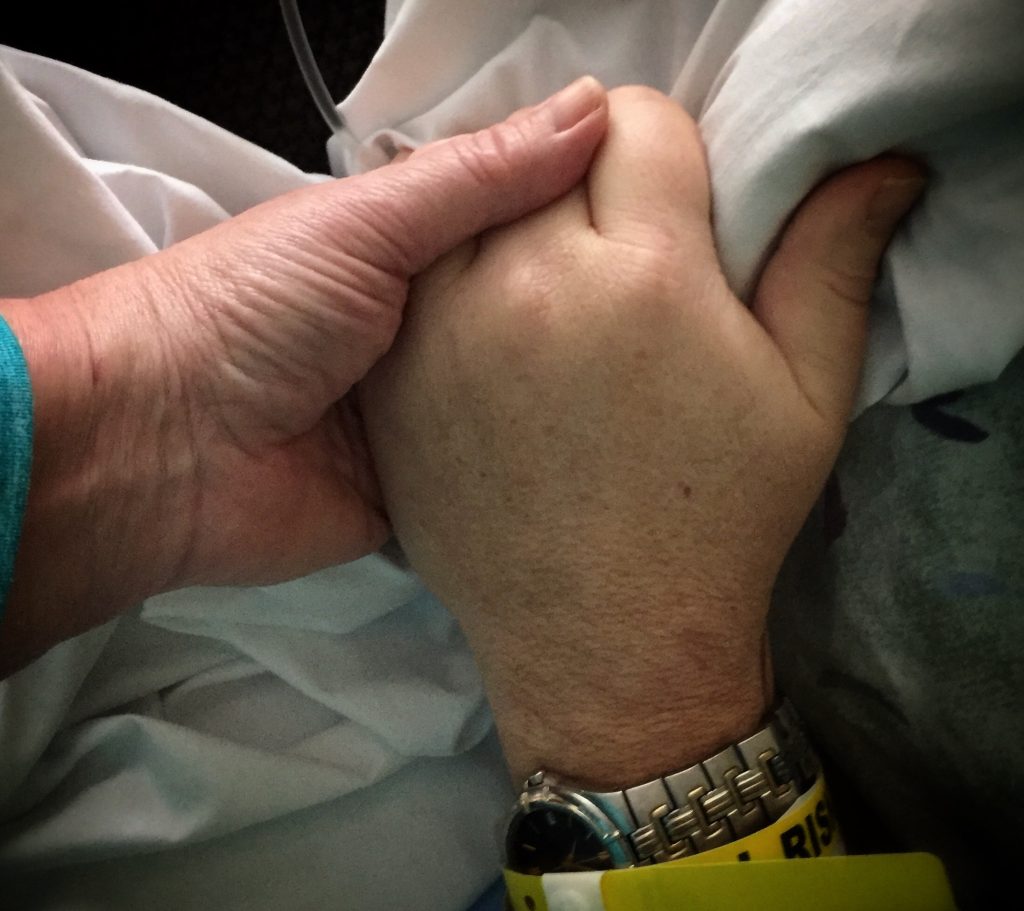 Once again, the United States healthcare system ranked last among seven industrialized countries, despite being the most costly. This finding doesn’t surprise me; I’ve seen our poor medical care firsthand and worry it may have led to my late husband’s early demise.

My late husband, Brad, had one of those vibrant personalities you couldn’t help but like. He was an easy-going, generous guy. He made those he met feel like they were the center of the universe. This attention wasn’t just polite conversation; he was truly interested in others. He’d remember essential details and would follow up the next time he saw that person.

One of Brad’s colleagues had a young son who became gravely ill. Brad stopped by the hospital to visit the family and checked in by phone for several weeks. I often heard him lift that family in prayer as their child battled for his life.

Brad was 52 years old when he was diagnosed with small intestinal cancer. This extremely rare form of the disease strikes five thousand Americans per year. Surgery is the only cure if detected early; otherwise, the cancer is fatal.

In early December, Brad started vomiting. He assumed it was the stomach flu making the rounds. But instead of getting better, his symptoms worsened. The day after Christmas, he learned he had a tumor that blocked food from passing through his gastrointestinal tract.

A surgical team from a specialized cancer care unit met with Brad to explain he needed a pancreaticoduodenectomy, also called the Whipple procedure. In a complicated six-hour surgery, a team of surgeons would remove the head of Brad’s pancreas along with his duodenum, gallbladder, and bile duct. The surgeon we spoke with, however, had only assisted in eleven such operations and never as the lead.

Two weeks later, Brad was admitted to a different hospital and met a new surgical team. Things went from bad to worse. In the days leading up to the Whipple procedure, Brad was scheduled for feeding tube placement, a minor surgery. He wasn’t allowed any food or water, despite being severely malnourished. The surgery was postponed over and over again. Forty-eight hours later, he was finally wheeled into the operating room. By then, Brad had lost four pounds due to severe dehydration. His nurse shook in anger. “This is abuse,” she said, and encouraged us to file an official complaint with the hospital.

Brad awoke from that surgery screaming in pain — an unusual reaction. It was another eight hours before the hospital found a pain medication regimen that worked for him.

A few days later, Brad underwent massive surgery in an effort to save his life. It failed; the tumor had grown against a major artery, making it too dangerous to remove. Brad was discharged ten days later into the care of an oncologist he’d never met.

By the time Brad learned his cancer had metastasized to his liver, he had been admitted to two separate hospitals and met four different medical teams. He had become a victim of “fragmented cancer care.” No principal physician oversaw and coordinated all the medical subspecialties involved in Brad’s care. Each doctor passed the baton to the next doctor, resulting in significant lapses in care and treatment planning.

Imagine building a home without the oversight of a general contractor. It would be a miracle if the project ever got finished and doubtful that the final results would match the blueprints.

Is it any wonder Brad chose not to undergo further treatment? That he rejected radiation and chemotherapy? All he’d experienced was horrific pain. His care had lacked oversight, treatment planning, and the much-needed emotional encouragement. When faced with a choice between more painful treatments or early death, Brad opted to die.

Did he make the right choice?

That spring, our youngest son was graduating from high school, our middle son was struggling to find a job and define life goals, and our oldest son was starting his first job out of college. My family needed their dad.

Yet I understood Brad’s reasoning. He’d spent weeks vomiting and then recovering from complex surgery. His body had been probed and invaded in the most intimate ways. He just wanted to die with dignity and under his own control.

I got a much different perspective of our healthcare system when my oldest son was diagnosed with acute myeloid leukemia, with KIT and FLT3 mutations. The long-term prognosis for such patients often is poor.

This time, the medical care was vastly different. Every part of my son’s care was a collaborative effort.

Once diagnosed, my son was transferred to a local treatment center that specialized in bone and blood cancers. Two doctors, along with their staff, oversaw every detail of his care. As he moved from the inpatient unit to the outpatient cancer clinic, he had the same nurses, physical therapists, and radiologists, all of whom knew him by name.

My son’s chemotherapy treatments were scheduled in advance, which allowed him to plan for interruptions to his work routine. His primary oncologist made frequent visits to discuss treatment plan updates. The staff comforted him as he endured numerous bone marrow biopsies and four rounds of chemotherapy.

Every step of the way, the staff would not let my son give up, even when he battled neutropenic sepsis and bouts of pneumonia. He received compassionate, optimistic care.

My son is now home and in full remission. The latest tests reveal no signs of cancer. Is he cured? Maybe, maybe not, but he’s enjoying each day to the fullest.

Brad didn’t have a chance at this kind of experience. No unified medical team oversaw his care; his treatment was handled by a mishmash of specialists working out of different clinics and hospitals.

No one cheered him on or rallied his spirits. No healthcare professional made him a part of his own treatment team. No one provided a detailed discussion of his options. He had to advocate for himself when scared and in pain. He was left to face the unknown alone.

What would have happened if Brad had received the same kind of care as our son? Would his treatment have been better — less traumatic? Would he have opted to fight for his life?

I will never know.

We All Deserve Better Healthcare

While researchers are making incredible breakthroughs and advancements, these are wonderful only if they are lifesaving. Sadly, medical care is becoming more and more specialized, less and less useful. Fragmented cancer care is costly and results in more visits to the doctor, a greater likelihood of hospitalizations, and poorer health outcomes. Patients’ social needs often are missed.

Patients suffering from any disease need a primary physician who manages their care from start to finish. No one filled that role for Brad. As a result, he lost his life to cancer five and a half months after his diagnosis.

While his youngest son received a high school diploma, Brad lay semiconscious and dying. Considering the high cost of healthcare in the U.S., this is unacceptable. Brad deserved better. We all do. Something needs to change.

Living with Cancer in a COVID World

How Literacy Deepened My Relationship with the Father