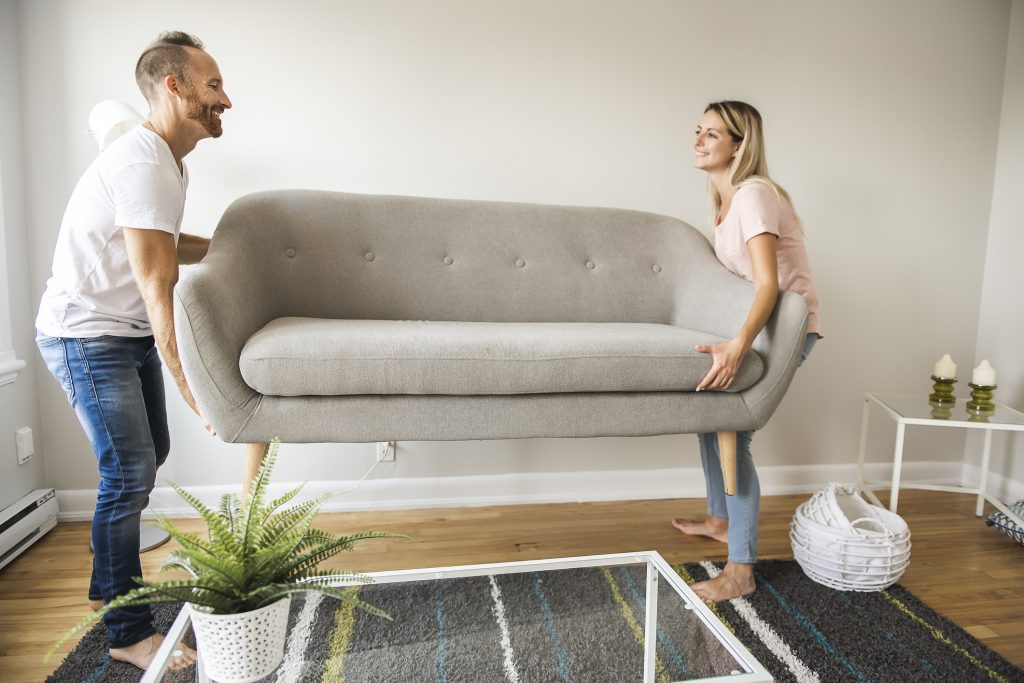 Sometimes it's impossible to do enough

A weird thing happened to me recently. Someone shamed me over text for doing a good deed. I was just trying to help out, but according to this stranger I didn’t do it in the right way.

Last summer, I moved internationally and started over. This was the third time in five years. All I took was what I could fit into four suitcases, which wasn’t much. Outside of my clothes, toiletries, and a few electronics, I had nothing — no furniture, bed, or kitchenware. I had to leave behind my exercise bike, snorkeling gear, and TV.

It was a tough period. I had just learned my oldest son had cancer, and my troubled marriage was ending. I spent most days by my son’s hospital bedside, leaving me little time to set up a new home. I cobbled together the bare necessities mostly through online shopping and one quick trip to Ikea. Then I struck gold online. Someone was selling the last of their furniture, which included a matching loveseat and chair and ottoman set. Although not ideal, my new living arrangement was survivable.

This spring, I’ve decided to make some changes and purchased a few new pieces of furniture. Now with a loveseat to spare, I created a short ad and listed this piece of furniture online as available for free. Within seconds of the posting going live, my message box began to fill with requests for more information.

They wanted to know, “Is the loveseat still available?” Yes.

“Would it fit inside a hatchback?” I don’t know.

Then I got an unusual text message from a woman. She thanked me for offering this piece of furniture since she couldn’t afford it as a family surviving on one income. Would I mind holding the item for her until her husband got off from work later that afternoon?

Overwhelmed by the volume of incoming messages, I didn’t have time to answer. Less than five minutes had passed, and already my inbox was overflowing.

Someone confirmed they were on the way. And just like that my loveseat was toted out of the apartment. The whole process was over in less than thirty minutes.

Relieved to be done, I changed the marketplace status of the furniture from available to sold. Text messages began to roll in, thanking me for the update.

That is, all except for this one woman.

“Shame on you that you couldn’t allow the less fortunate a chance,” she texted.

What? The less fortunate a chance? What is she talking about?

Before I was able to make a retort, the woman signed off from the group chat and was gone.

Since this incident, I’ve been giving her message some thought. The truth is I don’t know anything about the couple who acquired the loveseat. I don’t know their income level, their lifestyle, or circumstances. I have no idea if they live on two incomes or one. They might be surviving on unemployment benefits or medical disability. Maybe they are a pair frugal buyers. I never asked. All I know was that they happened to be looking at the online classifieds for free items at the same moment in time that I posted my loveseat.

This woman’s complaint raises an interesting question. Should I have interviewed each interested party to see if they were deserving of this free gift? If so, by what criteria?

There’s no doubt in my mind that the loveseat could have benefitted this woman. I also believed her story of a feeding a family on one income — not an easy feat these days. Did knowing her situation obligate me to help her? Should I have risked losing interested parties and delaying the pickup until later that day, so that her husband had a chance to stop by?

In the past, I’ve made these kinds of concessions. As a psychologist, I’ve offered low-cost counseling sessions to underinsured clients. Many of them failed to make their appointment, leaving me with a wasted free hour.

As a former landlord, I’ve rented to tenants who claimed they needed just a little help to get back on their feet. Despite their promises to the contrary, I was often paid last or not at all.

I’ve learned through experience that the nature of something being given away free, psychologically devalues its importance to us. If I would have waited, it wouldn’t have surprised me if her husband never showed due to a change in plans.

I’m sympathetic to this woman’s situation. I grew up poor and have had lean years as an adult. I know what it’s like to have no money for food and gas.

One winter I kept the thermostat so low due to the high cost of heat that I had to wear mittens in the house to keep my hands warm. I’ve lived on a limited grocery budget, walked because I was down to my last few bucks and days from being paid, and lacked the money for dental care. I’ve faced holidays when buying a Christmas tree and giving gifts were a luxury I couldn’t afford. I know what it’s like to live on little.

Not once in the middle of these experiences did I think I was owed help. I didn’t ask for favors, either. I couldn’t imagine being angry at someone for not holding an item for me, since I never expected that kind of support.

This past year, I sat beside my son’s bedside for than more sixty days. Should someone have visited or texted to see if I was okay? Several people did, but many others didn’t. Was I owed the help? Not in my opinion.

I wish we lived in a kinder country — one where people would go out of their way for one another. There are times when we do. Take 9/11, for instance. In the days that followed the tragedy, our country felt different, like we appreciated life and one another.

Did this woman owe me anything? It’s doubtful if she asked herself that question since her focus was what I should do for her. We often forget that all relationships, even between strangers, are a two-way street.

I would have appreciated being treated with respect and common courtesy, but instead got scolded for doing a good deed all because my actions failed to benefit her. Her accusations revealed more about her than they did me.

I don’t have any easy answers to the questions of whether people owe one another something, except to recognize that nothing is ever simple, not even a well-intended act of generosity.

My Struggle with Privileged Ignorance about Racial Issues

My Secret Wish to Have the Same Freedom Men Enjoy