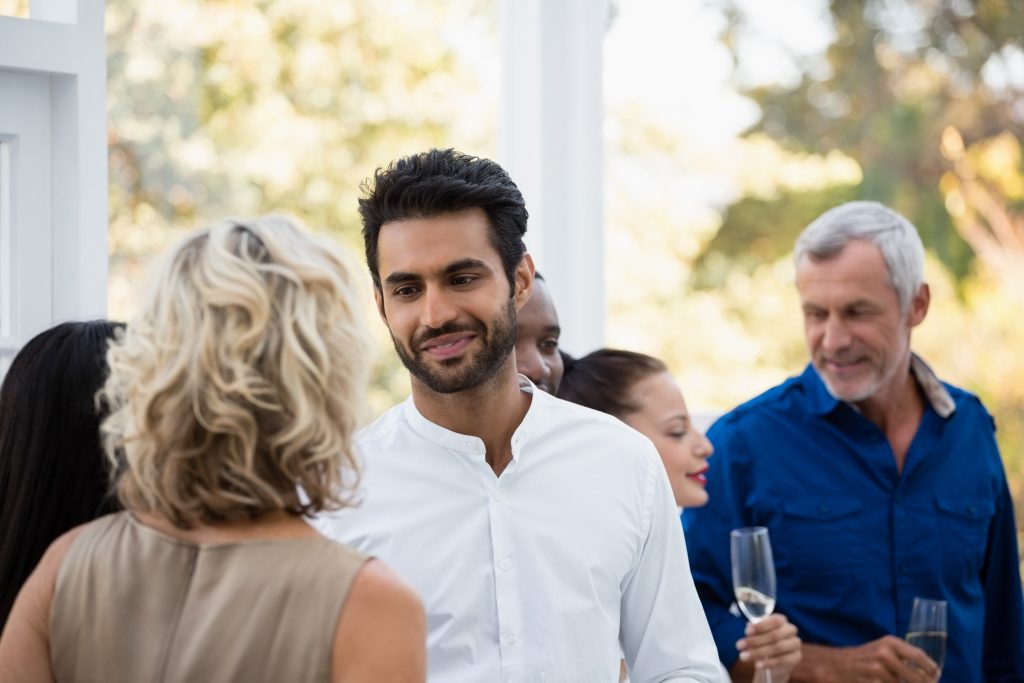 But I sure am enjoying the benefits

“You can have any man you want,” my ex used to say. I’d heard that before and each time I was never quite sure what was meant by it.

I think the statement is ridiculous. If it were true, then I would have dated the most handsome basketball player who was two years ahead of me in high school. As an awkward fifteen-year-old, I used to hope our paths would cross in the hallway as we changed classes. My heart would race with excitement if I spied his tall frame topped with a short mop of curly light brown hair coming my way. He, of course, never once glanced in my direction, Since we’d hadn’t been introduced, he had no idea who I was or that I even existed.

No, there’s no way I can have any man I want. I couldn’t even keep my ex from walking out two years after we married.

So I tell myself.

And yet, I’m dating someone. He’s tall, dark, and handsome. And half my age.

What does that say?

I’ve been asking myself that question a lot lately. Apparently I’m not chopped liver. I’ve got some appeal. The idea of this is flattering and, if I’m honest, scary.

I’ve found it hard to own my sex appeal.

I’ve tried to push this guy away several different times. He’s not suitable. Much too young. My sons’ age.

What would a young man see in a middle-aged woman, I’d like to know. I’m not blonde or a size six. I come with some emotional and physical bumps and bruises.

There’s a lot I can’t provide or give him. No more children. Not my youth. Not even a guarantee of decades and decades of life together.

It’s difficult to tell people I’m seeing someone much younger than me, yet I figure I better admit to the age difference since it’s obvious. Thirty years. There’s thirty years between us.

My sons say they don’t care, but they haven’t had to venture into public with us. Will they feel the same then?

Right now, I don’t look my age. That can’t last. At some point, I will, and then someone might refer to me as this guy’s mother. How will it feel when that happens?

Age is just a number, my friends tell me.

There’s some truth to that — some of the time.

I did some research and discovered that, according to public opinion, there’s some benefits dating a younger guy. I’m in good company too. Several other female public figures have dated or are married to much younger men. Sandra Bullock, Julianne Moore, Katie Couric, and Lisa Bonet, to name a few.

My guy says he likes my patience. The way I see the world. My maturity. He finds me sexy, funny, and kind.

I like the way I feel when I’m around him. The way he cares for others and his attention to details impress me. He’s thoughtful and attentive. His sexual stamina is similar to mine, often not the case for men closer in age. He makes me feel young and free. I can be silly. I’m more comfortable with my body as it is and ask for what I need— less encumbered by shame.

It’s great that we are both free from child-rearing responsibilities. He encourages my career rather than seeing it as a threat or competition. His worldview is refreshing, not bogged down with cynicism. He comes with less emotional and relationship baggage.

I worry though. Will I embarrass him in public? Slow him down? What if I get sick with something common to my age? What if he decides he wants kids? What if I really start to show my age?

I find myself careful in referring to my life experiences. It’s weird to consider I’ve spent more years married than he’s been alive. We are at different places in our careers. Mine is winding down while his is just getting started. He’s setting his life goals; I’ve hit most of mine.

It was never my intention to date someone so much younger. To be a cougar. But in truth I’m not. I’ve never approached dating a younger guy in a predatory way to fluff my ego. It was accidental and evolved from his efforts. This type of older woman/younger man relationship needs a new name. Something that reflects the sweetness that I’ve discovered.

Will others approve? I’m sure some will, but many won’t.

But here’s the thing, life is short. There’s no guarantee of tomorrow. I know this better than most after losing my first husband and nearly losing my son to cancer.

All I have is today. This present moment. And for now, I’m enjoying this man’s company. He makes me smile. I feel alive. And isn’t that what’s most important?

I may not be able to have any man I want, as my ex claimed, but it sure is wonderful to be wanted by someone special.

A Private Look at My Sexless Marriage to a Sex Addict