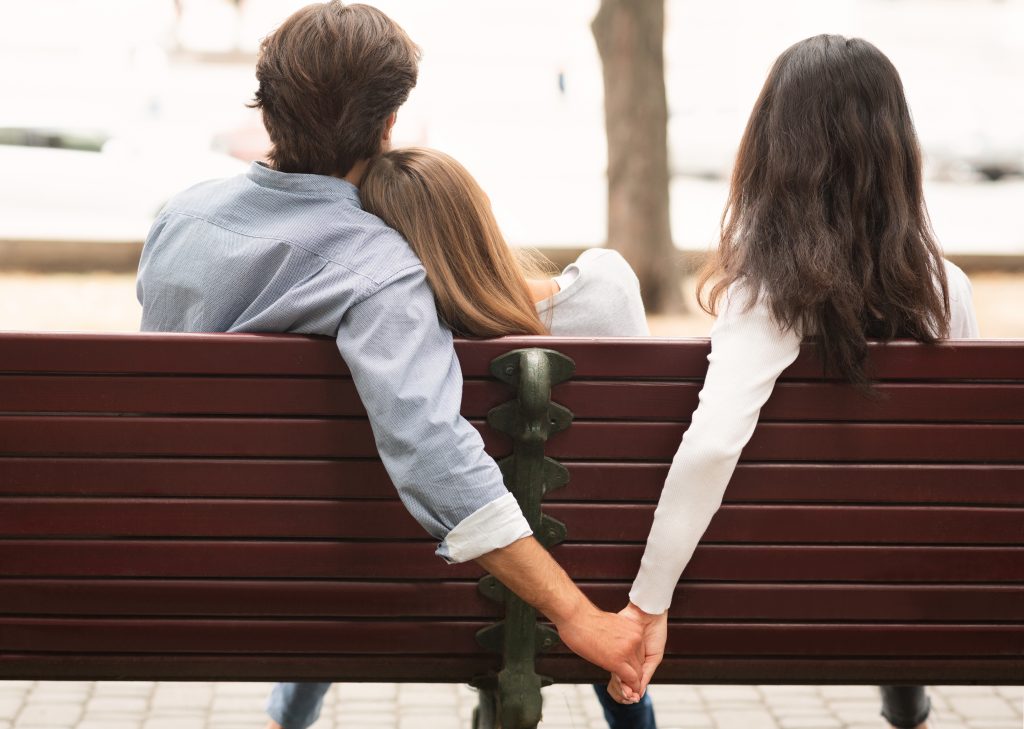 Since first writing about my marriage to a sex addict, I’ve heard from many people.

Is sex addiction a gender problem?

Many of the commenters shared personal stories, but some had issues with the premise of sex addiction. A few people — all men, interestingly — suggested that sex addiction is simply a gender problem. Since nonmonogamous behavior is common in the animal kingdom, why are we surprised when men exhibit the drive to impregnate as many women as possible?

If true, that’s a sad commentary on men since it doesn’t speak well to their overall ability to maintain ethics and integrity. By the way, I don’t subscribe to this theory. Men have just as much of a capacity to be loyal and trustworthy as women.

Maybe the Wife is to Blame

Others thought I let myself off too easily by blaming my ex for our divorce. Wives of sex addicts often come under attack. We must be frigid, cold, or bitchy to have chased our poor man into the arms of another woman.

I’ve noticed it’s popular to ascribe sex addiction as a couple’s problem. True, the disorder affects both people in the relationship. In that way, it is a relationship issue, but the couple’s interpersonal dynamics are not to blame for the addiction. This misconception attacks the very person most affected by the fallout of the disease: the partner.

Is sex addiction even real?

Is sex addiction real? Yes, it is. I have met many individuals who have had their marriage destroyed by their partner’s sexual acting out. Indeed, the American Psychiatric Association has not included this diagnosis in the DSM-V, though it is in the ICD-11. Does that make this disorder less real? Of course not. It just means there are political and cultural reasons we aren’t ready in the United States to see sexual addiction as a mental health disorder.

Sexual addiction presents with the same cyclical pattern of use as other problematic substances abuses. Sex addicts feel an intense urge to use when feeling stressed or out of control. They engage in a pattern of ritualized behaviors around sex. The addicts become obsessively preoccupied with planning or fantasizing about the next opportunity to act out. Then the binge begins, only to end with regret and despair.

Many people have a high sex drive and enjoy a bit of daily fun. They might go on a sex-binge for a special occasion with someone exciting. The difference between that type of sexual behavior and sexual addiction is the purpose it serves. Sex for fun, closeness, or intimacy is different than compulsory use to address a problem.

Marital problems are not the root cause

Many relationship issues stem from a couple’s dynamic rather than an individual’s dysfunction. A solitary affair, as opposed to serial affairs, can be a symptom of a marital problem. Healing often requires both spouses to take an honest look at why their relationship became vulnerable to this severe breach of trust. But sexual addiction is different.

Over time, sex addiction begins to cause problems: it can cause fatigue that leads to missing assignments, showing up late to school or work, and poor performance on the job or in the classroom. After each binge, which often lasts for hours or even days, the addicts emerge wrung out and ashamed. Next time they’ll do better, they vow. But life happens; they fall prey to the same urges, and the next binge begins.

Sex addicts bring the problem to their long-term relationships

It’ll get better once they are in a long-term sexual relationship, they tell themselves. They are so convinced that they neglect to inform their partner about the habit. “What other person doesn’t know won’t hurt them,” they say. And for a short time, the romantic relationship works. The urge to sexual acting subdues. As this relationship matures, the honeymoon glow wears off, and real life kicks in. The addicts return to their old ways, with an additional problem — their partner doesn’t know.

To keep their sexual habits hidden, the addicts begin to use deceit. Omar Minwalla defines the maintenance of a secret sexual double life as an integrity-abuse disorder. Addicts employ denial, lying, gaslighting, and all sorts of emotional manipulation to keep their partner from learning the truth. They begin to create an alternative reality to maintain the status quo. Sometimes they are so masterful at covering it up that their partner has no clue. This deception can last years before a slipup or discovery occurs.

Wives and girlfriends do not play a role in the development or perpetuation of their partners’ sexual addiction. They are often the last to know there is even a problem. It has nothing to do with the couples’ frequency of sex, the wife’s interest in sex, or her argumentative nature. This problem existed before she ever arrived on the scene. She is just an unwitting victim.

It happened to me

My first marriage lasted 31 years before my husband succumbed to cancer. We had a very active sex life, and he used to tell me he was the luckiest man on Earth to have a wife who enjoyed sex.

I remarried after his death. I met someone I thought was a great guy. After a whirlwind romance, we married. I had no reason to suspect he had a secret double life. I believed him when he said he had to travel for work or had to work long hours. He’d even text and warn me he’d be late. He often sent photos of what had gone wrong on the job, along with a selfie. Our sex life quickly dried up, much to my frustration, but I blamed it on his age and work.

Should I have stuck around for another two years, hoping he’d get better? That’s debatable. I’ve spent hours in therapy examining my motives. Today I would have made a different choice.

But was it my fault he was a sex addict? Absolutely not.

Partners of sex addicts are trauma survivors. They have gone through one of the worst betrayals possible. Someone has violated their trust, their sense of reality, and their love. Intimacy, at its most basic level, was broken. To blame them for their spouse’s habits only serves to victimize them all over again. Let’s put the onus of the problem where it belongs: on the addict.

Learning from Frida Khalo How to Leave My Sex Addict

A Private Look at My Sexless Marriage to a Sex Addict

How I Survived Living with a Sociopath

Kerry McAvoy, Ph.D., a psychologist and writer, is in cultivating healthy relationships, deconstructing narcissism, and understanding various other mental health-related issues. Her memoir, which explores the devastating impacts of deceit and betrayal, is due out next year