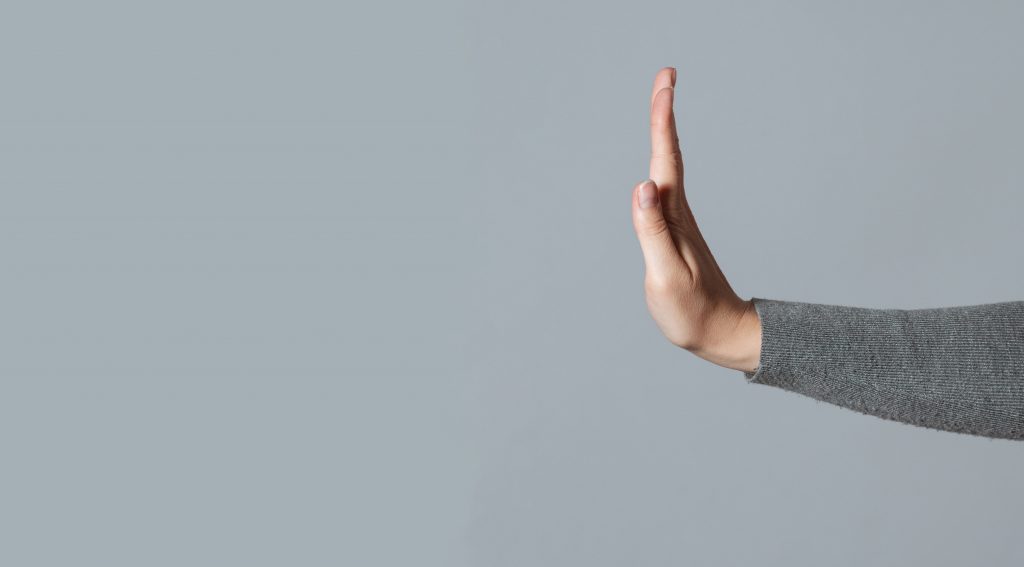 A closer look at our uncomfortableness with trauma stories.

I recently wrote about the personal details of being sexually abused. I felt terrified as I prepared to publish the article. How would others react to reading the brutal violence I experienced?

The power of social pressure to silence

Most of my life, I’ve carried a deep sense of shame for being a sexual abuse survivor. I’ve had heard from others that it tainted me and that I should keep my past private. I’ve been told discussing such things is inappropriate or awkward, even though it wasn’t of my doing.

Of course, nothing about that is fair or right. And yes, I’m dating myself since those generalizations are, indeed, old-fashion 1960–70s stereotypes.

But, are those beliefs still buried somewhere deep in our psyche? Are we sure we’ve genuinely evolved beyond such prejudice?

I didn’t hold back in the telling of my story. It was raw and vulnerable. And I gave it a brave title, by naming it, “How Being Raped as a Preschooler Affected Me and What I’m Doing About It.”

Then the doubts started rolling in. Maybe I should have softened the title to something more palatable? Perhaps it would have been better if I removed the combination of the words “rape” and “preschooler” so that it read less offensively.

If I’d made those adjustments to the title, wouldn’t I once again be caving in to old messages that it’s not socially acceptable to tell the truth?

For some hearing about sexual abuse is too much

Amid this dilemma, I got a call from a friend. I knew it was going to be bad when she started the conversation by saying, “I’m on your side. You can always vent to me, but there have been a few comments said here and there.”

Then she asked if I minded putting my past behind me. Could I stop talking about being a victim, which included my history of sexual assault and my most recent experience of being cheated on?

“To some, it’s getting to be all too much. You’re not the only one; these things happen to the rest of us, but we don’t make it the focus of our life,” she said.

Ok, I got the message — loud and clear.

My newest friends aren’t interested in hearing about my writing topics. They prefer I stop talking about being traumatized. It’s making them uncomfortable. I should focus on other things — less upsetting ones.

“Also, maybe you could change the filter on your social media profile, so these individuals don’t see your postings about being victimized,” my friend added.

What??? Now I also need to censor myself on social media? It’s not okay to share links to my latest blogs posts because they deal with my experience of being traumatized? I gulped as I tried to hold back the tears of rage.

“You know, they could mute me on these platforms,” I said, as I tried to keep my voice at a reasonable octave. “They don’t have to see my postings. What appears on their feed is completely under their control.”

“Point taken, but don’t kill the messenger,” she replied. “I’m on your side.” Then she added, “I just don’t want to see you get hurt.”

Too late for that…I was already.

But there it is again — that same old message of asking victims to stop making the rest of us uncomfortable with the details of their trauma. No wonder I’d fretted over the wording of that particular blog’s title. My concerns about its rawness were legitimate.

What is it with us? Why do we tell survivors to shut up? What we can’t we be more understanding? More supportive?

Discouraging victims from sharing sort of makes logical sense in an odd way. I think we’re trying to be helpful by urging them to move on.

But, does that advice work?

Importance of naming the uncomfortable

Brené Brown, in her first Unlocking Us podcast, said, “Sometimes we are afraid to name experiences or feelings because we think naming them gives them power. And if we are feeling something hard or uncomfortable, the last we want to do is to give it power. Let me dispel this myth now. With 400,000 pieces of data and 20 years of research, when we name and own hard things, it does not give them power. It gives us power.”

If naming discomfort gives survivors mastery over their trauma, then according Brown’s research, silence does the opposite. When we shut down trauma survivors, we’ve disempowered them. We’ve effectively done an equivalence of social distancing — we’ve emotionally distanced ourselves from them.

Our social distancing of victims

Unfortunately, too many trauma victims have been socially distanced for years. In the Leiden Psychology Blog, authors Monteregge and Simou, point out, “in the aftermath of a traumatic event, victims are often told: ‘Get over it’, ‘There’s no point looking back; you’ve got to move on.’ Those who continue to be traumatized may therefore feel isolated and believe they cannot speak about their experiences.”

Do we realize what we are doing we shut victims up? Do we understand we hinder their healing when we discourage them from sharing their stories? When we do this, we’re not helping them, we’re hurting them.

It’s been a well-established fact that victims need a safe place to express themselves. To be able to share their outrage and pain to a listening and caring community. The availability of such support is one of the most significant predictors of successful recovery. We do a disservice to one another when we mute our most vulnerable.

Do allow myself to be control by others?

It’s becoming clear some people are tired of hearing me talk about trauma. It’s enough already.

So, do I stop? Should I move on to the next topic, maybe share the details of my latest knitting project?

As these questions roll around in my head, I’m reminded of a story in Glennon Doyle’s most recent book, Untamed. It’s the one about her friend, Ashley, who finds herself getting sick during a 90-minute hot yoga class due to the room’s high temperature. The instructor starts by announcing, “You are going to get very hot, but you can’t leave this room. No matter how you begin to feel, stay strong. Don’t leave. This is the work.”

Doyle describes how Ashley begins to feel light-headed and nauseous, but she fights the urge to leave. Somehow Ashley endures the entire hour and a half, only to rush for the bathroom where she hurls all over the room. It’s then she asks herself, “What is wrong with me? Why did I stay and suffer? The door wasn’t even locked.”

Social pressure to be non-offensive

I’m facing a similar situation as Ashley at this juncture in my writing career. Do I cave under the pressure of other people’s opinions, sacrificing the truth of what happened to me to keep the peace? Do I allow myself to get boxed in by societal norms; by what is culturally acceptable to avoid being offensive?

Will I force myself to follow others’ rules even though they make me sick to my stomach?

Then I ask myself:

Are we doing a better job of protecting the rights of victims?

Are women and children safer today?

Have we become a more enlightened society?

There’s not much evidence to support those conclusions. My friends’ reactions to my most recent postings and our personal conversations suggest just the opposite.

But maybe, just maybe, we, as a society, still aren’t ready to hear such raw facts. Perhaps the idea four-year-olds can be violently sexually assaulted is too distasteful for our sensibilities. Maybe we don’t like hearing about the sexual abuse and misconduct that occurs in some marriages, such as what happened to me with my ex.

Does that mean I should stop because it’s offending some?

Here’s a suggestion: how about we do something new?

How about we stop giving me a reason to complain. How about we begin to treat each other with mutual respect and compassion. That all sex trafficking, sexual abuse, and sexual deception and misconduct cease to occur around the world.

In the meantime, I’m going to dig even deeper and will myself to hold onto the courage I had when I began this journey of sharing my story. It’s truthful and accurate. It declares what I’ve have been too afraid to say for too long.

No, I will not give in to fear and be silenced, not until this world is a safer place. If we can all commit to behaving more compassionately, then I will agree to get off my soapbox and shut the hell up.

Interested in knowing how to show up for someone who’s going through a crisis?

7 Practical Ways to Combat the Stress of Sheltering in Place