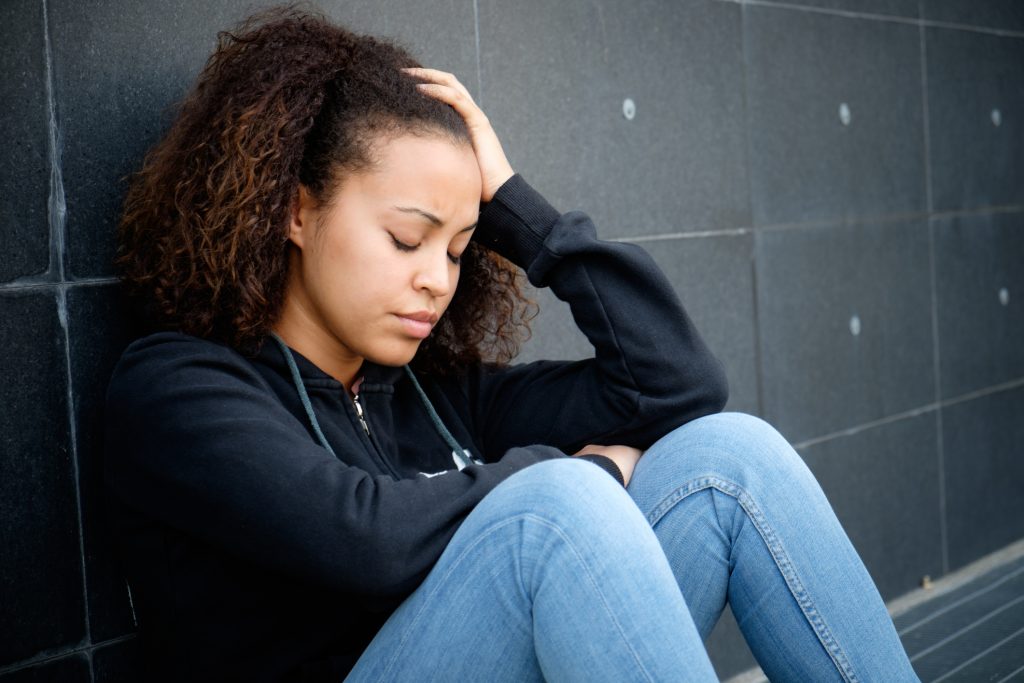 I was one of those kids who experienced bullying — the awkward, nerdy type. The kind that others couldn’t resist picking on. It didn’t matter if I stayed hunched down, slumped over, and stuck to the corners of life. Somewhere on me was a neon sign that must have read “kick me.” The bullies sure had some type of radar or sixth sense I was ripe for the picking.

I’d seen how this worked firsthand as a farm kid. Chickens were notoriously cruel. There would be a pecking order that ranged from alpha hens or roosters down to the pestered bottom-feeders.

The hen or two on the bottom of that nasty social order lived terrorized. Most were skinny, nearly starved, as their roast’s robust members pushed them away from the feed and pulled their neck feathers. Soon their upper bodies and head were almost bare. Dried blood often spotted their upper regions, where others repeatedly jab them with sharp beaks. They scurried to the edges of the coop, sleeping in the worst spots.

This same principle of a pecking order appears in other places of our social life. It’s common among prison populations and on too many playgrounds across the US.

Here’s What Happened to Me

I dreaded the hour-long school bus ride home. Nowadays, most school systems don’t transport younger and older students together, but that wasn’t the case when I went to school.

In rural mid-Michigan in the mid-’70s, most teenagers didn’t have the luxury of a car. Everyone aged six to nineteen who lived in the same few-mile area had to spend each afternoon crowded together in the cramp quarters of a school bus. Oh, did this provide the perfect breeding ground for bullying.

I was one of those extra-sensitive nerdy types who misread social cues and took myself and others way too seriously. The budding sociopaths could smell my vulnerability and moved right in.

Instead of giving me a wedgie, someone had the bright idea of unsnapping the then-popular one-piece bodysuits I used to wear and then they pulled loose the back end so that it hung out of my pants like an ugly tail.

The older kids once tore up a classroom award I’d earned for having a perfect spelling score. They passed around its tattered pieces until it ended up on the bus floor, a dirty mess. They hissed horrible names, laughed at me, and spread rumors which cost me a close friendship.

I grew to hate that awful hour. I’d slink into my seat, pull out homework, and bury myself in its pages to hide.

As I grew, the mean kids graduated. Then I became one of the oldest ones, changing the school bus dynamics from intolerable to pleasant.

There is nothing unusual about my story. I know many of us have suffered similar or worst experiences. But here’s the saddest part about those days: since it started so early, it affected my confidence.

I began to freeze when I was around others. Words escaped me, and I became tongue-tied. I grew hesitant to initiate new relationships. And like a self-fulfilling prophecy, the bullies’ accusations became real.

For years I carried this stigma. With each new social environment I encountered, I assumed I would have problems fitting in, so I acted hesitant and withdrawn.

Despite this, I did make a few beautiful friendships through the years. Each time I wondered why this person wanted a relationship with me. And, honestly, their tenderness gave me hope that maybe one day I’d come to feel comfortable in the larger world. But once again, I assumed the sweetness of the relationship came about because of them, not because of me.

During the last few years, I’ve gotten to know many of my former high school classmates as adults. This opportunity has been a fantastic experience, one that has shattered many of my previous assumptions.

I had idolized many of these people in high school. They were the fun classroom clowns, the popular girls, or the top athletes. Some rarely noticed me during those early years, yet now nearly all are friendly and kind.

I’ve recently found the courage to ask a few of their opinion of me back in the day. They said I seemed smart, quiet, and sweet. This wasn’t what I had expected to hear. I thought they’d tell that I had acted dorky, awkward, or weird.

Sure, some of their comments might be overly generous, but I suspect not. Some I know well enough to know that they’re being honest.

Sadly, their answers hint at our mind’s powerful ability to create expectations. Those early bullying experiences set into motion a type of domino effect in my life. A template of sorts.

Impressionable, those past events became definitive. Something that I then re-enacted over and over.

It took a paradigm shift for me to see myself differently. But those old patterns are still hard to break. I have to fight an initial fear or insecurity when beginning a new relationship. It’s easy for me to resume acting like the socially awkward misfit if I’m not careful.

Bullying never should be an acceptable playground event, or in my case, a bus ride experience home. It has had lasting repercussions.

Regarding bullies, hurting people hurt others. I know many of my classmates lived in troubled homes where abuse and neglect were commonplace.

No one ever circled back around to check with me; I wonder what would have happened if they had. We need to do more than stop bullying behavior but to make sure both victim and perpetrator fully recover.

The High Cost of Abuse: I Forgot to Value My Peace of Mind

The 8 Stages of Progression toward Deadly Domestic Violence