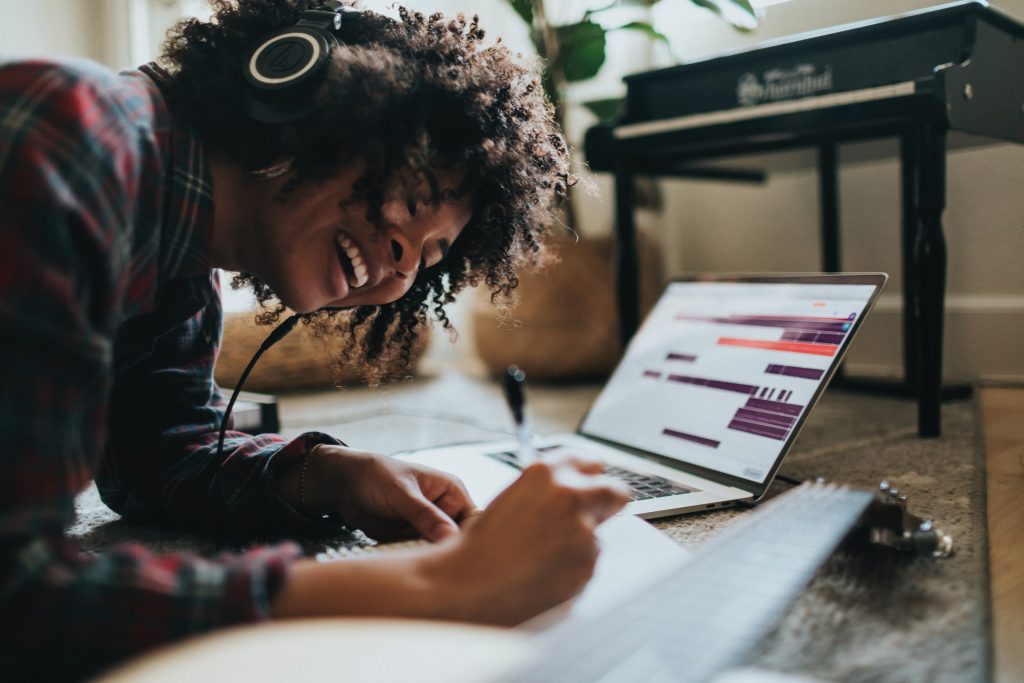 It has unleashed my creativity

Whenever I hear about the power of positive thinking, I fight the urge to roll my eyes. It reminds me of the character Stuart Smalley, from the SNL skit Daily Affirmation sitting in front of his mirror, saying to himself, “I am good enough, I smart enough, and, doggone it, people like me.” And I just want to laugh at its ridiculousness.

Is positive thinking powerful? C’mon. Am I going to break down cement walls with my mind? Make friends by saying aloud to myself an affirmative statement? Hogwash.

Or so I thought.

That is, until I took an interest in a high school girls’ softball travel team. My friend’s daughter was the pitcher. I began to hear more about the overall strategy that goes into the mental game of softball. Pitching and hitting succeeded or failed and games were won or lost in the mind of the player. Once I learned the power of approaching each game with the right mindset, I was hooked. I wanted to know more.

My friend invited me to get to know the team better. She wondered if I would do an exercise or two to improve their self-confidence. I began to research how I could help and came across more information on the power of positive thinking. This time I was intrigued.

A Simple Experiment in the Power of Positivity

Still a nonbeliever, I decided to try a simple exercise to demonstrate the importance of believing in oneself. Teammates were paired off. The two girls stood facing each other. One had her eyes blindfolded; the other did not.

The blindfolded girl held her arms out straight in front of her while repeating silently to herself one of the following statements, “I am strong” or “I am weak,” over and over again.

The girl standing opposite the blindfolded player placed her hands gently on the other girl’s outstretched arms and pushed them down. Based on her measure of success, she was then to guess which statement the blindfolded girl was repeating to herself.

I didn’t expect to see dramatic results, for several reasons. First, this group of young ladies was comprised of well-trained athletes who had been rigorously exercising for ten or more years. They were muscular and well-conditioned, particularly in their upper body. They should have been easily able to resist having their arms forcibly lowered.

Second, the idea of a thought impacting the body’s muscular response sounded ludicrous to me. Surely the body is capable of excellent performance regardless of one’s mental state.

The girls lined up. Half donned blindfolds. They held out their arms straight in front of them and their faces went blank as they began to repeat one of the two statements. Their partner pushed down their arms. Some of the girls’ limbs resisted as if made of steel while others’ caved under pressure, dropping limply to their sides.

I was shocked. The difference between the two groups was stark and undeniable.

These girls hadn’t been asked to believe what they said, just to repeat it to themselves. The power of the statement had a direct impact on their performance.

When we swing a golf club, play a piano piece, or even write an essay, we are accessing various parts of our brains. Negativity activates the analytical, critical thinking part and begins to dissect the moment. All of this creates noise or interference, disrupting the smooth execution of our task. Negativity leads to overthinking, which introduces self-doubt.

Positivity helps to move us out of the way so that we can easily perform an action we have practiced thousands of times before. It not only gives us the benefit of believing in ourselves, but quiets the mind, allowing neuromuscular memory and creativity free rein.

How Overthinking Used to Freeze My Performance

Discovering this has been pivotal. As a young child, I’d shown musical talent. I had years of piano and then vocal lessons, but I’d begun to freeze during performances. Stage fright paralyzed me. Each failed experience set me up and made the next one worse.

Every error I made, I would hyperfocus on that mistake, causing my voice to tense. It began to quiver, making it nearly impossible to sustain and hold long notes. My voice cracked or was off-pitch. Like a snowball rolling down the hill, each mistake set me up to make an even bigger one. By the end, I felt humiliated and desperate to get off the stage.

Despite showing promise, I walked away from a potential music career in college.

Positive thinking is changing the way I write

Learning more about the power of positive thinking has given me new tools. This time I’m applying them to writing instead of singing, but they work the same.

Believing in myself as a writer is the first critical step. And I don’t even have to fully accept this for it to have a powerful impact on my performance.

And it’s working. I don’t feel the same sense of dread or fear I used to have. The keyed-up intensity I often feel when writing an article, I reframe as excitement. It gives me momentum and drive when viewed through the new lens of energy instead of fear.

It quiets my inner critic

Positive thinking quiets my inner critic. It subdues the perfectionistic part of me that observes and overanalyzes. If I allowed my perfectionism free rein, I’d freeze out of excessive self-consciousness. Getting my inner critic out of the way frees me to think open-mindedly. I am more apt to have experiences of flow.

In his article, “The Creative ‘Flow’: How to Enter That Mysterious State of Oneness,” Scott Barry Kaufman defines flow as the mental state of being completely present and fully immersed in a task — is a strong contributor to creativity. When in flow, the creator and the universe become one, outside distractions recede from consciousness and one’s mind is fully open and attuned to the act of creating. There is very little self-awareness or critical self-judgement; just intrinsic joy for the task.

When in such a state, words flow unbidden and I have some of my most creative moments. This is only possible, though, when I free myself from self-observation.

It helps me to avoid black-and-white thinking

Positive thinking helps me avoid all-or-nothing ideation. When my mind is in such a rigid state, it’s muddled with concerns about any given essay’s potential success or failure.

Not every editor will like every article. Rejection is not a sign of failure; it just means I need to pivot and think of other creative outlets. One of my recent favorite articles was passed over on one social media platform, only to be featured in another. Not everyone will be a fan of everything I write. Remembering this helps me avoid becoming overly harsh and critical.

Now I know my self-talk can be empowering. It can freeze me with fear or release my creativity. I don’t even have to believe it for it to work. This realization has been a game-changer. It has revolutionized the way I work.

The Greatest Lesson I Learned from a Dying Man

How I Went from a Lousy Writer to a Better One

Kerry McAvoy, Ph.D. is a psychologist, writer, and author who regularly blogs for Medium.com, Scary Mommy, and The Good Men Project. She is an expert on dating, cultivating healthy relationships, deconstructing narcissism, and understanding various other mental health-related issues. She’s published three devotionals. Her memoir, which explores the devastating impacts of deceit and betrayal, is due out next year.