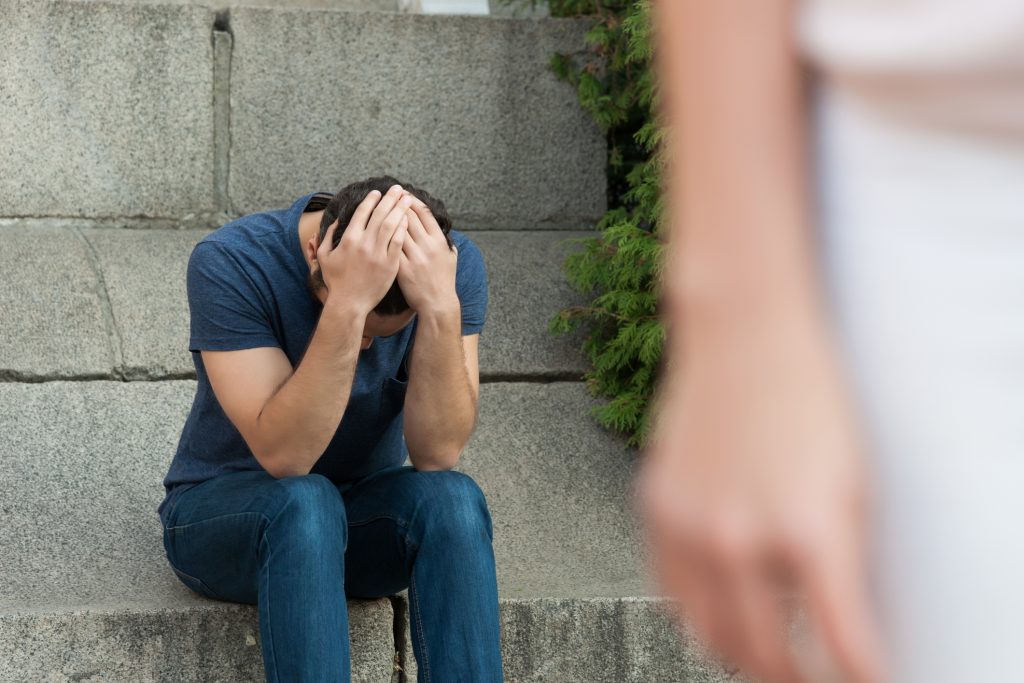 He didn’t like me questioning him or being insecure.

Well, I did it. I dumped my boyfriend — the much younger guy — this week. I knew it was coming.

Despite the great chemistry, we had lots of differences. Most of them were related to life experiences and age — life goals, hobbies, and lacking a shared history. We were dealing with those better than expected.

But honestly? That’s not what broke us up. It had to do with my insecurities and his immaturity.

I entered this relationship a broken mess. After leaving an abusive, gaslighting serial cheater, I’ve been pretty emotionally shaky. Distrustful, scared, and insecure. Did this new guy think I was too old? Pretty enough? Thin enough?

There was a moment when I just knew it was over — one of those pivotal instances. After the fact, I realized it was a test of sorts that revealed my ex-boyfriend’s lack of emotional strength and self-confidence. My ex-husband lacked these as well.

A couple of months ago, I did what I always do and wrote about this relationship. About what it was like to date someone much younger than me.

It Was Never My Intention to Be a Cougar

Last week, an older gentleman wrote a negative comment in response to the article. He said I was most like the “punchline” to this younger man’s locker room joke.

Readers write all kinds of responses; most are kind, thoughtful, and supportive. Once in a while, someone will post something rude, hostile, or insulting. It stings for a moment or two but then I brush it off.

This one struck me differently. It poked at a vulnerable spot in my relationship.

The thing is, I wasn’t seeing much of this guy. Several days or even a week might pass before we’d hang out again. In the meantime, he’d tell me he was meeting up with his friends. Most of time, I was okay with this since I kept a busy schedule.

This comment, however, created doubt. I began to wonder what this guy did when we weren’t together. Did his friends know about me? Was it possible the commenter was right, that he was trash-talking me? Was I the butt of a sad joke?

Deciding to trust him with this, I brought up the subject the next time we hung out. I explained what the commenter had written and how it made me feel.

My boyfriend listened for a few moments and then went silent. He looked awkward. Then he said, “It hurts to hear you would think I’d do something like this.”

Surprised, I backed up and tried to explain the situation again.

My date nodded, listening. Then he finally said, “No, I wouldn’t do something like that.”

And with that, the discussion was closed.

I, however, didn’t feel better. I felt worse.

I had heard this response before. My abusive ex used to say that same thing. Whenever I brought up a concern, my ex would act crushed. It hurt his feelings to think I was unsure about him or had doubts. How could I question his integrity or honor? He’d wonder aloud, What kind of a person are you?

Meanwhile, my ex was pulling all kinds of shit — lying, sneaking, cheating, and gambling, to name a few. If I questioned inconsistencies, such as missing money or missing viagra pills, I became the problem for asking.

Like a masterful magician, my ex waved his hands, and the issues I brought up disappeared into thin air. I became the awful one for having called his integrity into question.

Now I heard the same technique being used again, this time by my date. And I recognized something new — the sound of defensiveness. This guy was lying.

It was then I realized we were over.

Both individuals in a relationship should be able to be insecure. Open, honest, and vulnerable conversations should be the norm. Each partner needs the space to talk about his or her fears, concerns, and doubts, especially when these concerns the other person. There’s no place in a mature relationship for couching a discussion to protect the other person’s fragile ego.

That unkind comment on my article had shaken me by pointing out an unpleasant possibility that could be occurring in this relationship. When I chose to share it with this guy, I hoped he had the strength to hear my insecurity and to reassure me. It was an opening to grow our trust in one another. Unfortunately, he took it as an attack on his integrity.

Back in the days when I counseled therapy clients, sometimes a patient would get upset with me. Maybe I said something that didn’t make sense or, worse yet, hurt them. I was thankful when my client had the courage to come and discuss the incident with me rather than gossip about it to others. Talking it through allowed us to repair the damage. I felt honored that they trusted me enough to share something scary and hard.

Mature people and relationships can handle threatening topics. Our confidence in ourselves isn’t shaken when we hear someone else’s doubts.

I learned something about this guy I’d been dating. Emotionally, he’s still boy, not a man.

I don’t have the emotional strength to do all the work of feeling secure. I need someone consistent. Someone who’s able to talk things out and who behaves predictably. Someone who’s not too fragile to listen when I’m scared, honest, and doubtful.

I want to meet, date, and fall in love with an emotional grown-up — someone who lets me be me all the time. This young guy may get there someday, but he’s not there yet.

So for now, I’ll keep my eyes peeled and my heart open for a better match.

It Was Never My Intention to Be a Cougar

A Common Mistake of Doing Anything for Love