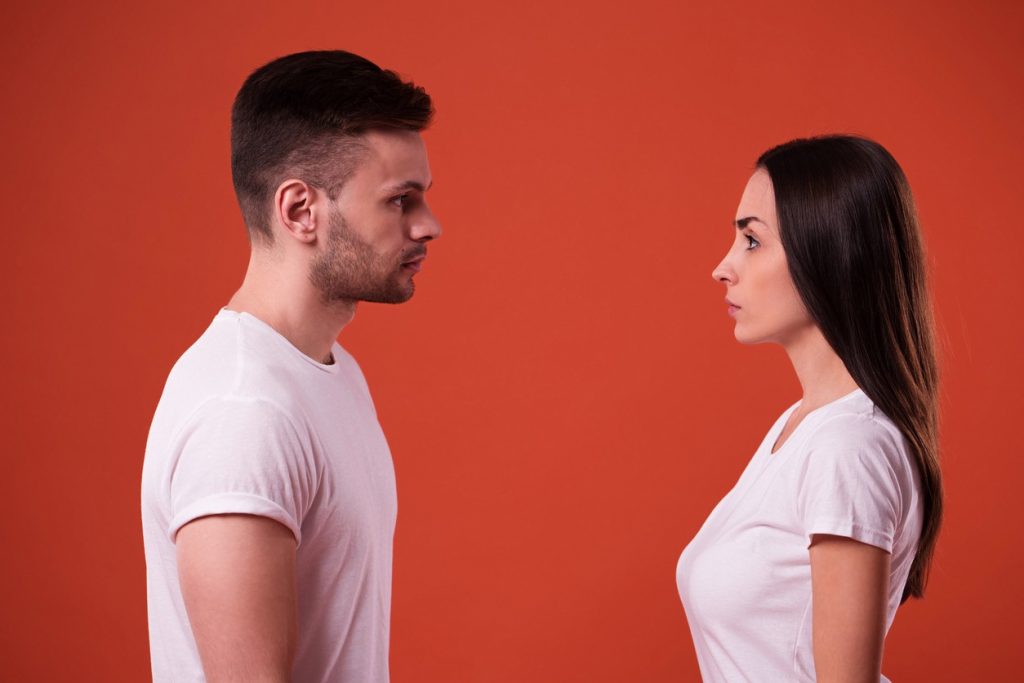 And the default is no

Trigger warning: This piece is about non consensual sex and may be too graphic or disturbing for some.

It wasn’t the first time we had sex. Still, the last couple of times hadn’t been that pleasurable, and it looked like this one wasn’t going to be either. He just needed to penetrate me as fast as possible. “I can’t wait,” he would say. We kissed a few times, he took my clothes off, then his own, and he was ready to go.

When I saw his penis approaching me, unconsciously, I closed my legs and pushed back a bit.

I looked at him and said, “It feels like it’ll hurt like hell if we keep going like this right now.” Fuck, I couldn’t even phrase exactly what I meant.

He scoffed and got off me, as roughly as possible, making sure his knees bumped my body. He got dressed and, before leaving, grabbed me by the arms and pushed me hard into the bed.

“Next time, when you start something, finish it,” he hissed.

It has become the butt of many jokes, hasn’t it? It’s what weak people do: instead of taking what they want, they ask for consent.

Others blame Millennials. Not only did Millennials kill businesses right and left, but they also made it a point to ask for permission before touching anybody. Pff, no doubt they can’t even afford a house.

And then, there’s this allegedly gray area in which, once someone has let you into their bodies, it is assumed you can go through that door anytime you wish to.

Nowadays, consent seems to be a buzzword on its way to becoming a laughing stock.

Plus, whenever someone gets in trouble for not asking for consent, some say, “Come on! Enough is enough. This consent stuff is getting old.”

Nowhere is consent allegedly blurrier than in marriage and long-term relationships in general.

When you spend most of your days with the same person, when you share a bed pretty much every night, when you have sworn before your god and the law that you will be together in sickness and in health, do you really need to keep asking for consent?

Well, in short, yes. You fucking do.

Your partner is not your property. You cannot take their feelings for granted. To assume that you can take what you want whenever you wish to, without having to check even once, is, for lack of a better word, messed up and speaks of a feeling of entitlement.

This is the part of the article in which I give you another example of what I’m talking about, which won’t be easy because I’ll have to draw from my personal experience.

I wish I didn’t have any examples to give.

However, there’s the time my partner asked if I wanted to have sex. I was tired and not really in the mood, so I said, “not right now.”

That should have been cool, right?

However, what followed was hours of passive-aggressive comments, all supposedly not related to our sex life but, somehow, they all seemed to prove I was nothing but a selfish bitch. All of the things I had done wrong in our relationship came to light, even stuff I wasn’t aware of.

“I didn’t want to tell you, but…” became the phrase of the day. Things escalated fast, and soon there was yelling and throwing of things. When I least expected it, he was in front of me, my back against the wall, he grabbing me by the forearms, his spit showering my face as he let me know what a terrible person I was.

Now, let me be perfectly clear: he did not physically hurt me.

And yet, the horror I felt was indescribable. To look at the man who loved me and see nothing but anger was a terrifying experience.

So, the next time he asked me, “Do you want to have sex?” guess what my response was.
A shy, half-mouthed, yes…

This is what many people would call “forced consent,” a stupid term someone concocted into existence and that, despite being an oxymoron keeps being widely used.

I said yes when I wanted to say no. And I had to do it many times…I don’t even know how many.

That shouldn’t require any thinking whatsoever, and yet,

I find myself pausing.

Admitting I did not consent means one thing and one thing only.

It means I was raped.

It means my partner raped me.

It means I was raped several times during the course of many years.

It means I had to eat, sleep, watch movies, and raise a child with the man that raped me.

And it means that, if someone were to ask him, he would profess innocence. “She said yes!” would be his response.

The evidence suggests he is right. I uttered the word “yes.” If there were a trial, most likely, he would be proclaimed not guilty. However, had someone watched our every interaction during our long years together, they would have seen the coercion, the psychological violence, the weaponizing of our child…

They would have seen my terror.

Here’s a quick tip: a terrified person is not in a state of mind to give consent. Got it?

Let’s say you are in a position of advantage in your relationship. Either you are the one who makes the most money, or you are stronger, or your partner doesn’t have the emotional tools to handle the situation.

Then one good day, you realize that, with just a little push, you can get your partner to do whatever you want. Yeah, they might shed a few tears. Yeah, it seems they have changed a bit. But, who cares? They love you, and you love them. Plus, you know what’s best. And you have needs. And, in your opinion, they should fulfill them no matter what.

Even if they don’t want to.

Even if they get hurt in the process.

If that’s the case, I invite you to take a step back…even better, two or three, and realize that, unless they agree to it, your partner is not your toy. You are not the one who decides what they get to do with their bodies.

You don’t get to impose your desires onto them just because you really need to get laid.

I know most of us have grown in a rape culture. We have been fed toxic notions about sex, relationships, and consent.

Some have been told they are entitled to a “yes,” no matter what, and have decided never to challenge that notion.

Others have been taught they are not allowed to say, “no,” no matter how fucked up the situation is.

So, no, consent is not the latest buzzword to enter the culturescape. Instead, it is the catalyzer of a long-overdue conversation about relationships and equality.

It took me a long time to learn I deserved to say, “no.” It still feels strange to claim ownership over my own body.

It literally requires me to repeat to myself that I am free to share my body only with whom I truly want to, provided of course, that they want me too.

Now I understand that no, I don’t have to finish everything I start just because someone might get their entitlement hurt.

I am free to stop.

I am free not even to begin anything if I don’t feel like it.

I am free to discuss with my partner our boundaries and our desires.

And those are the only possible answers.

Consent is binary, and the default is no.

Thank you to GB Rogut for allowing me to repost this fantastic article! She’s a personal friend of mine and is a fellow writer, blogger, and screenwriter. She lives in a border town of Mexico. A highly talented woman who is not afraid to tackle controversial topics. I hope you will check out her other great articles on Medium. com.

My Struggle to Find My Voice After Being Sexually Abused

One Reply to “Informed Consent Is Binary: It’s Either Yes or No”