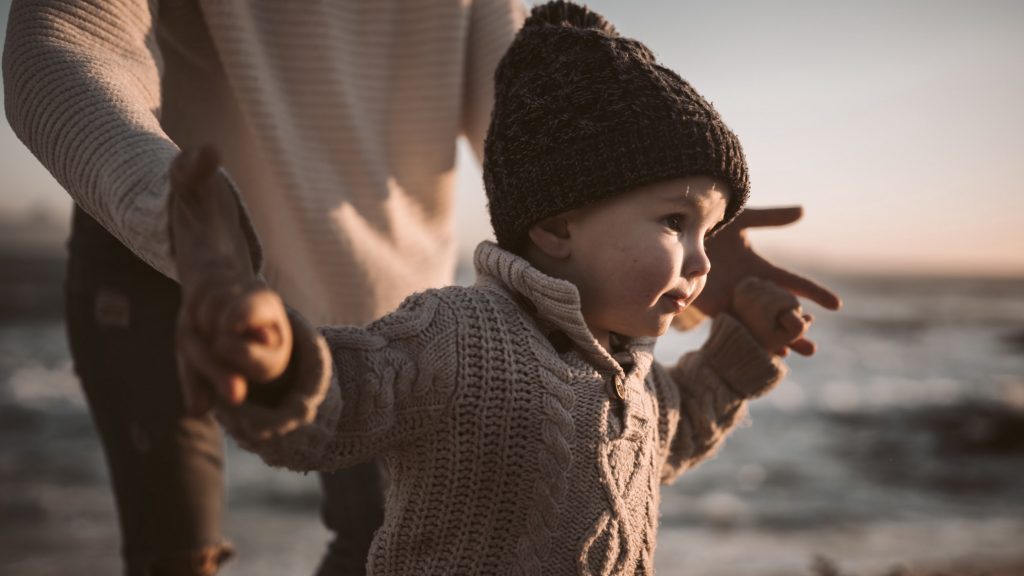 And I missed it too.

Despite being a psychologist, I had a poor understanding of my son’s autism. My stereotypical views of its presentation now embarrass me. Developmental psychology wasn’t my specialty, and during my schooling, our knowledge of this condition was in its infancy. I thought autistic children were mute and locked within their interior world. I thought they avoided eye contact, rejected physical touch, preferred to rock their bodies, and twirled toys and blocks.

I gave birth to three sons in six years. My first was a challenge with severe insomnia and repeated ear infections. He used to scream for hours and was difficult to soothe. Years later, we learned that he suffered from severe acid reflux disease, which caused tremendous stomach pain and was the source of infections.

I was thankful that my second son, D., was easier. He nursed well and soon slept through the night. He was a cuddly baby, who loved to snuggle. After the challenges with the oldest, taking care of him was a delight.

Until the pediatrician mentioned it, I didn’t think anything of D.’s delayed speech. I learned his few made-up words as a way to communicate. I assumed he was relying on his older brother to speak for both of them.

D. had just turned three and a half when I gave birth to my last child. That pregnancy had been hard. I spent most of it sick, so I missed D. had made minimal speech gains.

Once again, my pediatrician commented and recommended a speech assessment. By then, D. had started to say a few sentences. I also noticed his gait was odd, loose-jointed. But a pediatric orthopedic surgeon saw no need for concern.

As D.’s vocabulary grew, he developed a severe stutter. Everything became a challenge for him to say, even “Momma.” He responded well to his placement into the early programming for developmentally-challenged children. Soon D. was talking, though it took effort.

Happy, he was doing better. I thought we were out of danger. His first few years of school went well. D. wasn’t popular, but I didn’t think anything of it since I hadn’t been either.

At year-end, his fourth-grade teacher pulled me aside. “I failed D. He needed more from me than I was able to give,” she said. Her remark struck me as odd since he was at the top of his class. How had she let him down? She never said, just left me with those cryptic words.

As D progressed through school, it was apparent he was highly intelligent, but not all things were easy. His handwriting was nearly illegible, and writing essays or long answers were problematic. He struggled to make friends, preferring online relationships to those in person.

A local speech therapist diagnosed D. with a Written and Oral Expressive Language Disorder — something I’d never heard of before. The weekly speech counseling didn’t seem to help, so we stopped after a few sessions.

D., a friendly kid, was warm and likable to most adults. I told myself things would get better once he was around other bright college students. I sighed with relief when he got accepted into a large local university on a scholarship. The first year seemed to go well, although he struggled a bit the second semester. He retook one of the classes as a summer course and aced it.

I could tell during D.’s second year of school that something was off. My husband and I visited him or brought him home for weekends. Each time, he reassured us he was doing fine. Yet I worried and told my husband I thought the kid might be depressed.

When winter break arrived, I waited anxiously for D.’s grades. Each day, he told me that the professors hadn’t posted his marks.

By week’s end, I logged into his account to check. D. had failed every class but one, because he’d stopped attending and couldn’t submit his work remotely for a passing grade.

We learned D. had stayed in his room alone to avoid navigating the university’s challenging social environment. He didn’t know how to tell us that he was in trouble.

I’ll never forget that argument when I learned the truth. Crying, D. explained why he didn’t say anything. “I couldn’t have you thinking poorly of me,” he said.

Poorly of him? That comment about broke my heart.

What about him thinking poorly of me? Here, D. had been battling something that I hadn’t been able to see. I failed him, he hadn’t failed me.

The next year was a challenge as he struggled to find his way. He lost one job after another. For a few weeks, he lived out of his car, too afraid to admit he’d lost another position and couldn’t pay the rent.

Then My Husband Gets Sick

Then my husband was diagnosed with cancer. D. moved home and helped me with the impossible task of managing a small rental business while tending to his dad. A few months later when we lost his dad, my husband, D.’s stalwart presence comforted me through that terrible experience.

Once life stabilized, I wanted answers for D.’s difficulties, so I scheduled an appointment with a colleague of mine. His assessment shocked me — my son is autistic. “I knew within five minutes of the diagnostic appointment,” the psychologist told me.

My Son’s Diagnosis of Autism

That diagnosis has blown my view of autism apart. I have since learned there are many manifestations. Not every autistic person struggles to make eye contact or avoids touch. This condition exists on a spectrum that affects broad categories of language and communication skills, sensory input, movement, and social interactions. Each autistic person has a unique presentation of the symptoms.

I think of all the specialists who have assessed D. over the years, each failing to see his disability: the pre-primary developmental school psychologist, his pediatrician, the pediatric orthopedic surgeon, his teachers, his speech therapist, and then me. We all made the same error of assuming that because D. seemed to be doing okay that he was — the problem of ableism. We failed to see his hidden struggle with social adjustment, difficulties with organizing himself, and his battle with severe social anxiety.

People are no longer diagnosed as high or low-functioning autistic for this very reason. Autism is a huge umbrella of people. Many do not fit our stereotypical view. We miss the individual’s needs and strengths when we see them from this narrow lens.

D. is in his late twenties now and is doing well. He lives on his own, has a great job where he’s been promoted twice and loves what he does. And, I am thrilled.

My Shocking Discovery at 58 Years Old that I Have Autism

Why I Hid My Neurodivergence From Myself

I Got Stood Up. What I Learned from Being Left Waiting