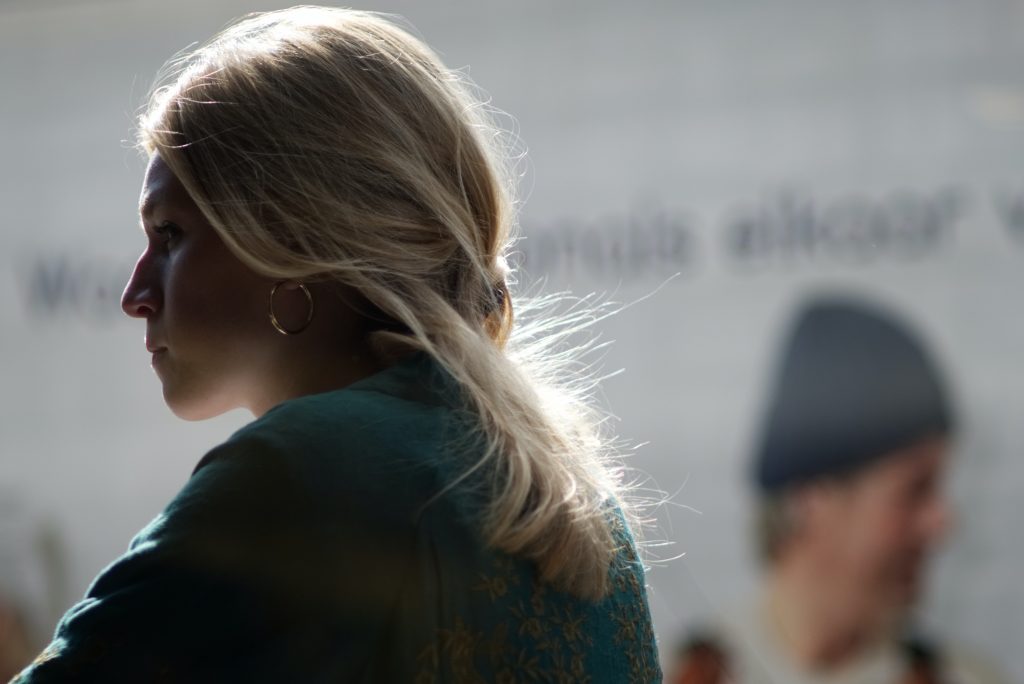 And probably you've done to someone you love too.

“I’m sorry you feel that way,” my ex muttered, as if conceding. He quickly glanced sideways at me before looking back at the road. With one hand on the steering wheel, he slid his other into mine. I let my hand rest in his, limp and lifeless. At time time I didn’t have a name for invalidation.

All the comments left unsaid withered away into silence. I kept my gaze locked on the road ahead as the pressure of tears built in my eyes. I furiously blinked them away, refusing to give him the satisfaction of seeing me hurt.

Several sharp retorts came to mind, but my ex believed he had apologized. The argument was over.

Only it wasn’t, at least not for me. No, this aborted conversation joined a long list of others still lacking closure.

A Sympathetic Message that Avoids Responsibility

Lately, I’ve noticed it’s become popular to handle conflict with that same phrase: “I’m sorry you feel that way.” It’s easy to see why. It sounds emotionally sensitive and compassionate — until dissected.

On closer inspection, it becomes apparent that the speaker doesn’t assume any responsibility for the disagreement or for the injured party’s reaction. All he or she is willing to concede is regret for the resulting negative feelings — a pathetic excuse for an apology.

What most of us don’t realize is that this comment, along with several like it, is a sophisticated form of psychological abuse. It not only skillfully evades any responsibility for the other’s person pain; it also denies there is even an issue. It acts all-innocent-like: “What??? There’s a problem? Oh, I see you’re in pain; I have no idea why, but I’m so sorry to see you feeling that way!”

My serial-cheating ex loved to pull this comment out of his bag of tricks whenever I confronted him. In an instant, the issue was no longer his lack of faithfulness or his latest lie, but was those pesky, touchy feelings of mine. Damn it! If I only weren’t so thin-skinned, then maybe we wouldn’t be having these disagreements! Like a magician waving his a white-gloved hand, my ex’s made his betrayals disappeared into thin air, stripping my emotional outbursts from their context. The end result often left me in worse shape than when the argument started.

Invalidation is the process of denying, rejecting or dismissing someone’s feelings. Invalidation sends the message that a person’s subjective emotional experience is inaccurate, insignificant, and/or unacceptable.

I’m well acquainted with this type of emotional negation. As a child, my father used to threaten to “give me something to cry about” if I didn’t stop the ruckus. In the early years of my marriage, my first husband warned that my upsetness over some issue was much ado about nothing. Then, my latest husband either walked out in the middle of disagreements or asked if I planned to let my negative feelings ruin the rest of our day. Each time, my loved one shut me down and dismissed my emotional reaction.

I learned to squelch my outward display of emotions, but the inward turmoil worsened, causing intense psychological pain. It was when I came across an article describing the psychological abuse of invalidation that everything made sense. Finally, I had a name for these experiences and an explanation for why these interactions had left me feeling confused, misunderstood, and, at times, even a bit crazy.

There are many different ways we can invalidate each other’s feelings. They include:

Non-verbally, we invalidate by rolling our eyes, deliberately ignoring someone, playing on our phone, or getting up and leaving the room.

We commonly invalidate each other.

The use of emotional invalidation is rampant. I’ve heard fathers scream at their mildly injured kids on the athletic field to “suck it up” or “walk it off.” How many times as a parents did I say to one of my sons, “It’s not that bad!” It’s an easy way to sidestep an emotional moment when we are in a rush or feeling overwhelmed. Maybe the situation is too daunting and we wonder if we are up for dealing with its complexity. Perhaps we are facing the kind of moment when we don’t know what else to say.

It is also a convenient argument strategy. Invalidation gives the appearance of supporting our opponent’s feelings without having to take any responsibility for our part in causing their reaction. It effectively shuts down any further discussion by seemingly having apologized without doing any of the real work of emotional ownership.

Most of time when we use this emotional strategy, we have no idea we are psychologically abusing our family member or friend. Occasionally, however, it can be implemented maliciously, especially by controlling, abusive, or narcissistic individuals. Those times, its use is deliberate and for purposes of domination.

Regardless how or why invalidation happens, it’s always hurtful and destructive.

In “What Is Psychological Invalidation? How It Happens And Its Effects,” Jenny Chang points out that, Psychological invalidation causes serious psychological damage. Not only does it create emotional distance, conflict, violence, and disruption in relationships, but the recipient feels alienated, confused, inferior, worthless, and problematic. Despite it’s supportive-sounding ring, it’s a highly aggressive form of abuse. It switches the topic from the problem at hand to the other person’s feelings. It then negates the other person’s emotional experience as inconsequential and, for those few moments, he or she ceases to matter.

So, how do we validate?

So why do we do it, especially since showing up for those we love isn’t hard? To better understand the reasons behind invalidation, each of us will need to pause long enough to pay attention to what’s going on emotionally when we avoid the opportunity to empathize.

But here’s the thing: we can all learn how to validate.

The first step is to listen. We need to put down the phone or turn off the television so we hear what the other person is saying.

We need to ask ourselves, “What emotions is this person expressing?”

Then we should imagine ourselves in their position. From that awareness, we can respond to their pain with a reflective statement.

Finally, we need to be authentic — to give a damn and genuinely invest in our loved ones.

Validation isn’t rocket science. All it takes is us putting aside our egos for a few minutes in order to show we care. And it all starts with learning to listen reflectively.

The cost of invalidation, on the other hand, is steep. It will destroy our relationships, and it threatens to damage the hearts, minds, and souls of those most important to us.

Isn’t it time we slow down enough to be more personally invested? To let others know they are of value to us and that their lives and feelings matter? The recent events happening across the world have shown us the dire consequences if we don’t.