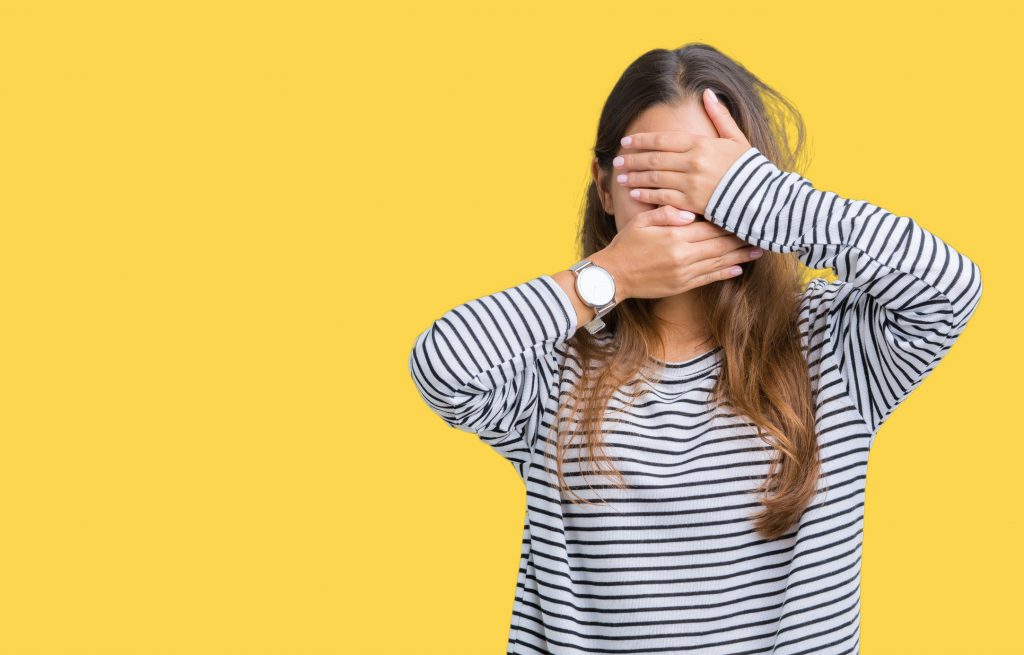 We avoid all forms of attention, even at the expense of our health

Do you know what the opposite of a narcissist is? It’s not the empaths as some think. It’s the echoist. I know because I am one.

I walked into my surgeon’s office today. Four days ago, I underwent a lower facelift to deal with a growing double chin and loss of a visible jawline.

“So good to see you!” the doctor gushed. “How’s my easiest patient ever? You look great!”

“I’m good. Other than the one incident of nausea, I’m doing well,” I replied. I didn’t say anything about the near-constant insomnia I’d been suffering since having to sleep at a thirty-degree angle on my back, not a natural sleeping position for me.

“You were the perfect patient during surgery. So quiet, still, and no complaining. I’ve never seen anything like that,” he said as a big smile erupted across his face.

“Oh, that’s good,” I commented, deciding not to tell him how badly the local anesthesia injections had burned, or about the loud ringing and roaring in one of my ears. Or how hard it’s been dealing with being on my own while recovering from surgery. I had to get myself to and from his office and pick up my prescriptions with my face wrapped in tight compression bandages an hour after surgery, all on my own without any outside help.

To this doctor, I’ve been the ideal patient — easy-going, pleasant, self-sufficient, and highly resilient. I’ve kept the challenges and difficulties of undergoing this procedure to myself. Not because I’m nice, as the doctor assumes, but because I’m an echoist.

Echoist, not empath, is the opposite of a narcissist

Echoists, not empaths as previously assumed, are the exact opposites of narcissists. Psychologist Craig Malkin introduced the term in his book, Rethinking Narcissism (2016).

The concept comes from the Greek mythology of Narcissus and Echo. Narcissus sees his image reflected in the waters of a pond and becomes captivated. Echo, a wood nymph, spies him and is doomed to love the self-absorbed man. As punishment for her error, she’s stripped of her voice except for repeating the last few words she hears.

Malkins, an echoist himself, describes this person as “someone who is voiceless, and only exists to echo others.” They are the consummate people-pleaser who fear standing out or being noticed.

While the narcissist craves the limelight and attention, the echoist finds praise extremely painful and fears being seen as special. They worry about being a burden to others.

I find all attention exceptionally unpleasant. When praised, I feel awkward and embarrassed. The sensation of people gazing at me makes me want to hide. Even talking and sharing my opinion is uncomfortable. I prefer listening to others rather than giving my viewpoint. I have to force myself to speak in social groups or large gatherings.

Writing suits me perfectly. It allows me the opportunity to express an opinion without having to suffer the unpleasantness of being watched.

Asking for help is the worst, especially in medical attention. I can barely force myself to seek treatment. My healthcare provider has chewed me out several times for waiting too long. To me, there’s nothing worse than going in for care only to be told there’s nothing wrong. It has happened a few times. On each occasion, the shame is so overwhelming that I’m barely functional.

Shame makes it hard to ask for help

A few years ago, I broke my thumb after slipping and falling on a patch of ice. The joint swelled and became painful, but I didn’t seek medical attention. Unable to determine if my injury warranted treatment, I opted out. It’s just a sprain, I told myself.

An X-ray several weeks later showed that a bone had been chipped off and reattached at the wrong angle. Unfortunately, I’d waited too long; the condition had become permanent.

My doctor was angry. “Why didn’t you come and have it checked out?” she asked. I shrugged my shoulders. How could I explain to her the discomfort I would have felt if I had been told it was a simple sprain — my shame would have been a fate much worse than a broken thumb, in my opinion.

I recently avoided treatment again. This time over something more serious than a broken thumb.

I woke up during the middle of the night feeling odd. A clammy sweat broke out across my body as a wave of nausea hit me. Feeling woozy, I found it challenging to focus. Grabbing the nearest wall, I slowly stumbled to the bathroom. Unsure what was happening, I sat down near the toilet, in case I vomited.

My consciousness then blinked out. In the distance, I could hear sounds of something battering the nearby wastebasket.

When I regained consciousness, I saw the top of the trash can ajar and realized the sound I’d heard had been me. For a few seconds of semi-consciousness, my hands must have flailed against the plastic container. Did I have a seizure, or suffer a serious heart arrhythmia?

I don’t know because I didn’t seek help.

Self-advocacy is difficult for an echoist

Dr. Malkin explains that an echoist has lost the ability to advocate for him or herself:

“Becoming an echoist may have been a coping strategy during a childhood that required you to lose your own voice to survive. One or both of your parents may have required you to be seen and not heard — and this requirement may have become part of your identity growing up.”

I often delay my wishes and wants for the sake of others. Those closest to me have never asked for such a sacrifice. “Why didn’t you say something?” is a question I often hear. I don’t know how to answer because I don’t have a response that would make sense. All I know is that I never want to be a bother.

Dr. Malkin is unsure if echoism is on the rise, despite increasing rates of narcissism. It occurs equally in males and females. He found that “echoists appear to be born with more emotional sensitivity than most of us — they feel deeply — and when that temperament is exposed to a parent who shames or punishes them for having any needs at all, they’re apt to grow up high in echoism.”

The importance of finding my voice once again

I smiled today as the surgeon raved about how easy it was to treat me a few days ago. My echoist propensity made me a compliant and pleasing patient.

But being the opposite of a narcissist can be dangerous too. What if I’ve developed a new neurological condition that I might be ignoring?

My sister and I have made a pact. We’ve agreed to run our medical issues past each other for advice. I need to call her and tell her about my recent loss of consciousness. I already know what she’s going to say. She’s going to make me promise to tell my doctor about it as soon as possible.

Doing this won’t be easy for me, but I will follow her advice because I love and respect her. Being an echoist can be very dangerous when it comes at the expense of my health and safety. I’m working hard to overcome these unhealthy tendencies.

Enough is enough. It’s time to speak up for myself, discomfort and all before it’s too late — especially when it comes to my health and my life.

Social Distancing Isn’t New. We Do It All the Time to Victims