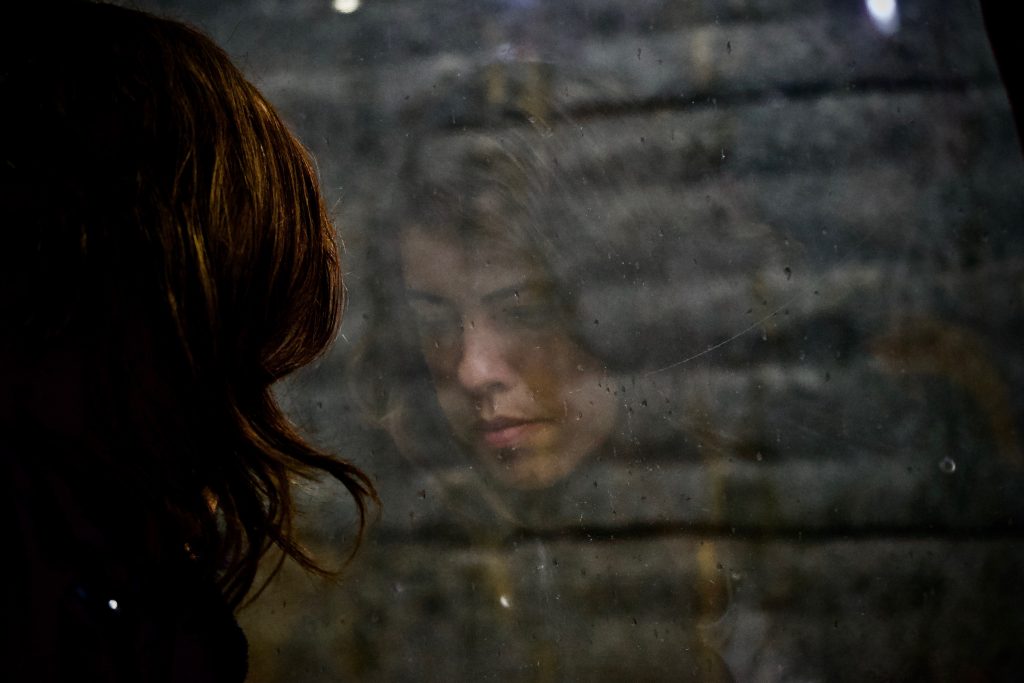 I don't want to make the same mistake twice.

Nearly a month ago, I stopped dating as I adjust to being divorced. A couple of times my finger hovered over one of the two online dating apps downloaded on my phone before I distracted myself with something else. The regular emails that show up in my inbox remind me with daily regularity that someone would like to meet me. Once, I went so far as to open that app. The images of the men who liked my profile were blurry.

For a few moments I considered paying the dating site’s monthly fee and restarting my membership. As I weighed the pros and cons, my stomach knotted in response, becoming a tight ball of fear. The feeling disappeared once I closed the app and put the phone down.

My gut reaction made me realize that my brief marriage to a sex addict continues to affect me despite having completed a year of intense therapeutic work. The whole experience traumatized me, worsening my previous fears of men rooted in childhood abuse rather than resolving them.

My few recent experiences of online dating haven’t helped with this anxiety either. The guys I’ve met ranged from still not being over their ex to being sexually aggressive. Others, both men and women, tell me this is normal single male behavior, which, if true, I find very disturbing.

The Easiness of “Not Dating”

Not dating has been surprisingly easy. I thought I would have endless sleepless nights of worry or poor-me attacks as I faced head-on the lack of opportunity to meet someone while remote working from home. Dating, at least, offered the hope of meeting Mr. Right. Not possible if I’m not dating. But none of those imagined emotional breakdowns materialized.

It’s not like not dating has radically changed my life. I was single before; I’m still single. I spent most days alone; that hasn’t changed either. I decided when and what I eat, when the TV gets turned on, and what evening programming I’ll watch — again all the same. It’s nice, even a relief, not having to negotiate these particulars of daily life.

I’m enjoying the reprieve from having to carry on a text or phone conversation with someone I haven’t met after I’ve worked a long day. I especially don’t miss getting to know some new guy who demands instant responses to his text messages with that odd question, “You still there?” Such a pushing inquiry, as if I owed him an explanation for being busy.

I’m doing what I had hoped I would do with this break from dating: I’m getting to know myself better and healing after being married to a pretty dysfunctional man.

But I’m growing worried about my comfortableness being single. What if I can’t ever stomach going back to dating? What if this break and adjustment to being divorced turns into an avoidance of the whole thing?

Trying to Understand How This Happened

The truth is I’m scared.

How could I not see all the danger signs before marrying a sex addict? I’m a psychologist, for goodness’ sakes. For over twenty years, I earned a living by making clinical observations of strangers. I’ve worked with narcissists, people with all types of personality disorders, and even one or two sociopaths. How could I not have recognized this guy was a habitual liar?

Sure there were a few signs, all easily explained away as nervousness or interpersonal awkwardness. For instance, my ex preferred to send romantic texts at the beginning and end of each day, without saying much in between. My late husband did the same. I viewed this habit as sign he might have been a late adopter of texting.

Looking back there were a few oddities I ignored.

In the beginning, my ex tested me to see how malleable I was. Shortly after we met, he asked me if I was going to be the type of woman who would let him help out. Would I allow him to open and shut my car door, carry in the groceries for me, and do other such errands? How can a girl turn all that down? It sounded like a dream come true, until it wasn’t. I didn’t know he was an abusive man who was checking out my degree of cooperativeness to see if I would relinquish control to him.

He rarely used my first name in conversation, preferring to refer to me as “Sweetie” or “Gorgeous.” I figured these were sweet pet names. I had my own for my closest family members, so I thought nothing of it. After I discovered he had been seeing multiple women, I realized such nicknames saved him from the possible embarrassment of calling me by the wrong name.

I ignored his simplistic answer when asked about previous marriages. He gave a one-line explanation for what went wrong with several long-term relationships. His answers lacked personal insight into his contribution to the problems. But, don’t most of us prefer convenient excuses? How many people do we know who take a long hard look at themselves? So I let it go rather than see this concerning behavior as possibly shallow.

My gut warned me too, which I promptly ignored. As a trained scientist, I prefer hard, observable facts to intangible feelings of uncomfortableness. Yet something bothered me to such a degree that I hired a private investigator to look into his background. Unfortunately the reports came back with little cause for concern. My body knew, though, which I ignored at my own risk.

Will I be able to detect that something is off next time?

All I saw were subtle signs of something that, in my opinion, didn’t quite add up. My inability to recognize the situation as troubling worries me. Will I be better able to detect a problem the next time? I sure hope so.

I have identified a few so-call tests to help me gauge the healthiness of a future relationship as I want to avoid being divorced again.

None of these measures guarantee protection from predators. There will always be a risk. They, however, remind me that my safety should always be my top priority. No one will quite have my best interest at heart in same the way I do — something I’ve learned better late than never.

I have a date for this weekend. It’s someone I met several months ago who has popped back up in my life. I’ve decided to take my time without worrying about the future — not my usual style. I like how he makes me feel. I can be myself, and for now, that’s a good start.

Why Celibacy is the Right Choice for Me

What Its Like Being Married to a Sex Addict