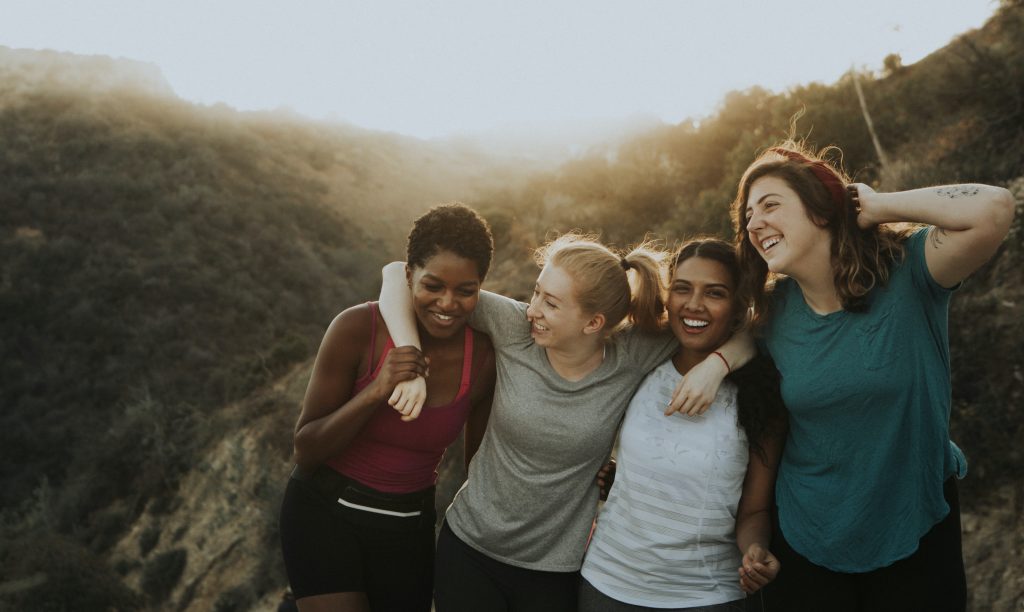 If it looks like I have it all together it's because I'm pretending.

There’s something I’m very uncomfortable admitting — for the longest time, I’ve felt like an outsider. I’ve spent my entire life wanting to belong.

I’ve longed to find a group of people who accept me as I am. To have a sense that I’ve come home and found my tribe.

I think it’s this desire that drew me to the field of psychology. To understand this need while, at the same time, try to figure out what was going wrong and why.

Pretending Everything is Alright

I want to get my life together — not to be such a blatant mess. I want to be more than just responsible, presentable, and well-adjusted, I want to truly find a place of acceptance.

So finding myself trapped in an abusive marriage a year and a half ago did more than shatter my self-esteem; it also destroyed the delusion that I was normal. I could no longer lie to myself that I had it all together.

Surviving this marriage has forced me to face the fact that I am deeply broken. This isn’t something new. I’ve wondered if I’ve been a misfit for most of my life. This latest incident, however, highlighted a growing problem.

At first, admitting this embarrassed me. If acknowledged, would people still like me? Would they want to hang out with me? I wasn’t sure I was “acceptable” if I revealed I was damaged.

Attempting to Decode Others’ Success

For as long I can remember I’ve been desperate to fit in. I’ve tried to figure out what made other people popular. Was there a secret handshake? Some mysterious code word?

I assumed behaving confidently and self-assuredly meant success. And sadly, in the hallways of most high schools, that’s probably still true. Being weird or strange during the socially self-conscious teen years is not the wisest strategy to win friends.

But I wasn’t a self-confident teenager. I was a clumsy girl who tripped — literally and figuratively. My conversations stumbled about and rambled on. I talked about things no one else was interested in and couldn’t care less about the things that mattered to them.

So I began to watch others and tried to copy them. At first, my efforts at studying others didn’t work. I don’t know why. Maybe I lacked practice or imitated the wrong things. My classmates didn’t buy this new me.

Once I hit college, I used the fresh start to work hard and to hide better. The person who is me disappeared further as I found better examples to imitate. I latched onto girls and women who were moderately socially successful and copied them. I dressed like them. I walked and talked like them. I smiled at the right places in conversations and feigned interest in things that bored me. I watched the clock and made myself stay longer at events than I wanted.

Without consciously realizing it, I was camouflaging. Attempting to blend in with my social surroundings, thinking that would fix the problem.

My intelligence helped. The more I learned, the better I was at using my acumen to stay detached and analytical. I began to dissect the psychological makeup of others. It soothed my insecurities by reassuring me no one had it together. I was in good company. And, it helped me to blend in better, enabling me pretend I was just like everyone else.

Hiding Behind the Relationship With My Husband

It was about then that I met my soon-to-be first husband. A class clown who made friends quickly, he helped me gain social acceptability. After all, I couldn’t be that bad if he liked and then loved me. For years, I counted on him to cover over my social awkwardness.

And then he died, and I was back on my own. Not good.

So, I married again — another charismatic and charming person. I soon learned his facade hid a troubled man. As that marriage came crashing down, my social issues bubbled to the surface. The mask of a psychologist who supposedly had it all together was ripped off. I could no longer deny my difficulties and began to look for help.

Years of individual therapy hadn’t fixed this issue. So, in desperation, I began to look for group support, something I avoided up to now since it was where I struggled socially the most.

Time to Find Some Help

I first tried AA even though I wasn’t an alcoholic. I knew a few people who went and thought I’d check it out.

A new girl showed up at one of the meetings drunk. Dressed in a bathing suit and cover-up with messy makeup, she told the group she needed help. Through slurred words and too many tears, she overshared that she was in trouble.

I watched with interest the compassion the group members extended to this disruptive woman. If there was room for her, I wondered maybe somewhere in the world there could be room for me. It gave me hope.

But my problem was slightly different. I wasn’t battling an addiction, I was looking to be loved.

I decided to find more like-minded women. It was then I discovered an online betrayal trauma group for separated and divorced partners of sex addicts, and I started to attend.

It has been in this small group women that I’ve found the safety to cry, laugh, worry, and rage over the betrayals and losses of my life. Their acceptance has given me courage.

Now Connecting with Other Neurodivergent People

My new therapist added a caveat to my struggles of belonging. “Have you ever considered that you might be autistic?” she asked. This latest revelation has opened up new opportunities for understanding.

Suddenly, many my earlier challenges and issues began to make more sense. This prompted me to find older autistic women for support.

I met a group for the first time this week. As I sat and listened to them talk, I realized that here was a place where all my social tics and oddities could be accepted. That with these women there would be no judgment.

Connecting Through My Brokenness

I am slowly finding a few new places where I can be myself. Something I’ve never felt permission to do before — a completely new experience.

For so long, I’ve been afraid that my oddities are the reasons I haven’t belonged, so I’ve kept parts of myself hidden. It’s just been recently that I’ve learned those things don’t necessarily make me less likeable.

Through these experiences, I’m learning I don’t have to have it all together. None of us do. From time to time we all feel like outsiders.

Letting go of the mask has been hard, yet a relief. Slowly, I am finding my people. To my surprise, it’s the parts of me that have felt the most vulnerable that have helped me find this new tribe.

The need to belong is deeply rooted in the human condition. From an evolutionary standpoint it has helped us survive adverse situations, and it’s crucial to our emotional well-being.

Although this has been a long journey, I’m finally finding the acceptance of others. Ironically it hasn’t been in areas of competence, but rather in my brokenness that has connected me to others. Maybe that has been the secret piece I’ve been missing all along.

The Shocking Discovery I Made at 58 That I Have Autism

The Hidden Danger of Being an Echoist: Opposite of Narcissist

How the Pandemic is Helping My Broken Family Heal