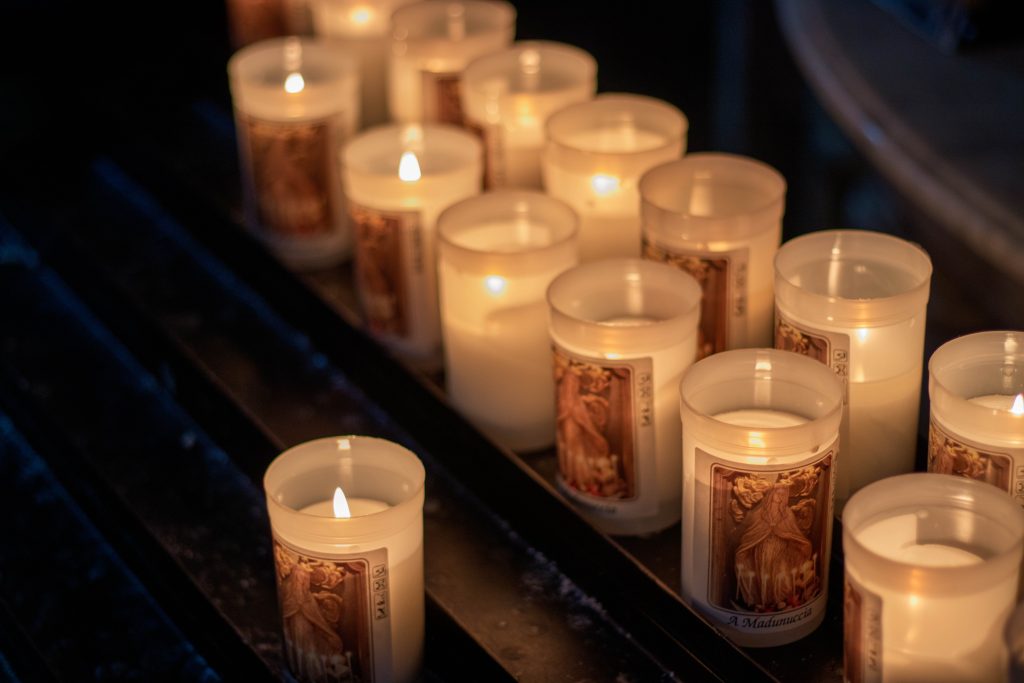 In our way, in our time, and for long as it lasts.

It’s been nearly five years since my husband died — the anniversary of his death is in a couple of weeks. You would think I would move through the grieving stages. To be done and through this process.

Lately, I’ve been more emotional than usual. I’m not sure why. Last night the tears dripped down my face for hours. I even fell asleep crying.

I can’t tell you what brought it on or even what I was feeling. All I can say is that I felt hollow. Empty.

It’s tough to talk about grief. Not for me, mind you. It’s a relief to be able to share my feelings. Whenever I bring up the topic, though, everyone gets uncomfortable. I see the way their eyes dart about, the way they shift their body weight from one foot to another, and how relieved they sound when I switch topics. I’m sure they are all wondering when I will be through the stages of grief. That they must have consulted the date on their watches and think I should have completed them by now. Five years, c’mon!

That’s not true on social media, however. There, it’s much easier to type a short post about how I’m doing. I think this is because I know my friends have the luxury of time and can craft the right response, and the internet provides a convenient distance from the subject matter. When words don’t work, we can always fall back on an emoji to convey our sympathies.

Offering support in person is much more difficult.

I’ve noticed that everything related to death and dying seems to make many of us squeamish. It scares us. Most of the time we avoid thinking about the inevitability of it as if it might be contagious.

Maybe it’s because grappling with the possibility of death forces us to face our fears of the unknown. Is there an afterlife? Such questions challenge the strength of our beliefs. Or, it reminds us we have none.

The death of our loved ones also brings up fears of loss. I remember the first time I held my newborn baby. A beautiful, yet overwhelming love threatened to consume me. Terror quickly replaced it as I realized with each milestone he achieved brought him one step closer to leaving home – leaving me. Death is the ultimate separation. How will I survive without him in my life?

To cope we prefer to pretend bad things don’t and won’t happen, and certainly not to us. Tragedy affects other people way over there in some faraway distant time zone, and death only occurs to those of us who have enjoyed a long life. And please don’t disturb our peace of mind with the messy details of a recent loss.

How My Husband and I Faced Death

My husband, Brad, learned he was dying on December 27, 2014. We chalked up his odd vomiting to the flu. Surely, that was all that it was — a nuisance that would go away, only it didn’t. Instead, the symptoms got worse.

A mid-morning weekend visit from the doctor changed the course of my life. He walked in, and in a matter-of-fact tone, told Brad that a small intestinal cancer tumor blocked his gut. After breaking this terrible news, the doctor looked him square in the face and said, “I’m sorry.”

I knew what that meant. My husband was dying.

We would later learn this was a rare cancer with no known treatment — an orphan disease that attacked only five thousand Americans a year.

Over the next five months, Brad and I faced his death sentence head-on. With an unflinching glare. We began to prepare for what would come next. We discussed my work plans, where I’d live, and how to talk to the kids.

And then it happened. Brad died in his sleep. Quietly.

Ten days earlier, he had moved to hospice inpatient medical care to manage his pain and the worst of the symptoms. On the day of his death, I left the facility a different person. A widow. Single. On my own for the first time in my adulthood.

But more than that changed; I also lost my social standing. Gone was the familiar comfort of hanging out with friends. In its place was feelings of embarrassment. People became tongue-tied in my presence. Or, I would see looks of pity and relief cross their face. That odd mixture of awkwardness and gratefulness, as they thought, “Thank God, it’s her and not me.”

Then I would hear a familiar phrase, with a tone I would come to hate, as they asked, “How are you?” spoken in a long, drawn-out way.

It wasn’t a serious question, but rather a way to break the ice. Besides, what was I supposed to say? A lie? “Fine,” when the obvious answer was, “Not well”?

Avoidance became my cop-out solution as I stopped attending church and hanging out with friends. Outside of the occasional pity lunches, they stopped contacting me as well.

I wanted to throw grief expert, Elisabeth Kubler-Ross’s 1969 book into the nearest trash bin. As a psychologist, I was familiar with the five stages of grief outlined in On Death and Dying. Kubler-Ross discovered we move through periods of Denial, Anger, Bargaining, Depression, and Acceptance.

The stages’ tidy appearance suggested adjusting to death and loss occurred in a stepwise fashion from the first to last phase. It gave mourning a semblance of predictability. As if we could measure and predict the flow and speed of grief. “Ah, she’s bargaining right now, that means she’s gonna pull away depressed next,” the watching world might say.

Of course, when it doesn’t proceed so orderly, it’s the grieving person’s fault. She must be doing something wrong. “Tsk, tsk. Maybe she needs therapy or is having trouble letting go of the past,” are common assumptions.

Grief doesn’t behave nicely; it’s messy and likes to color outside the lines. It lasts too long and overstays it welcome. There’s no reasonable timeline, such as one year. Whoever thought up that idea should be slapped for its pure silliness.

No, grief doesn’t obey any rules. It surges and swells, only to retreat. Then it hits again, catching everyone off-guard. Take my crying jag last night. It was unruly and demanding.

It’s been five years since Brad’s passing. I know there’s no fix to this pain. But I shouldn’t have to ask for permission either. Those of us grieving need the emotional space to miss our loved ones. To hurt where and when we need to without judgment.

Grief has no end.

Grieving is a ruthless process without a finish line. We can never arrive. We don’t dare. Especially if it means forgetting. Unthinkable.

But with time and the support of others, this unbearable pain will shrink into something more tolerable, a dull ache.

How Can Being Single Be a Gift from God?