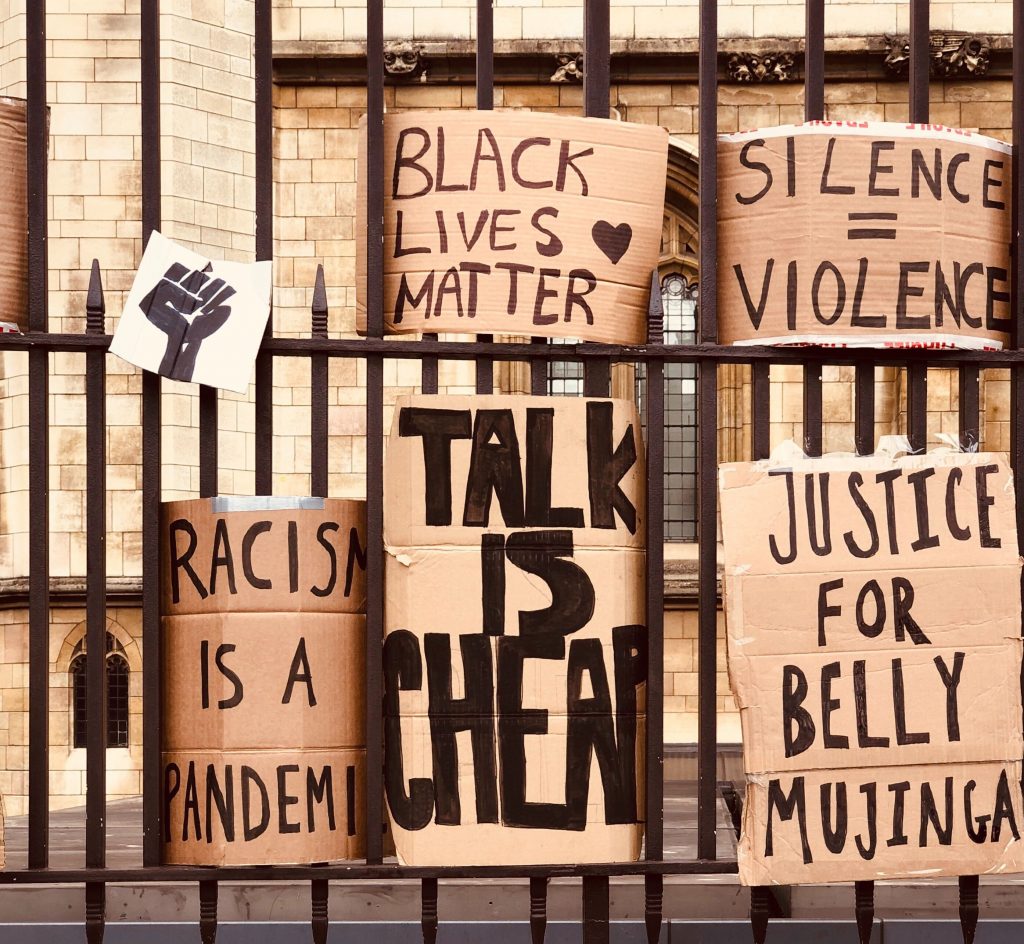 Black Lives Matter must live on, and it starts with me waking up.

I watched the brief replays of George Floyd’s death with horror and my privileged position life filled me with shame.

Everything within me screamed, “Get off his neck, you’re killing him! Please, oh please, get off of his neck!”

I can’t imagine the frantic powerlessness the bystanders must have felt witnessing such an atrocity. Then when the press announced the initial charges against the responsible police officers, I was mortified. Much too little for so great a loss. Someone must be held accountable for this travesty. The rage and grief expressed in the protests that broke out across the country made sense. Man’s inhumanity to man has to stop. It’s time to put an end to senseless prejudice.

But as part of privileged white America, until recently I haven’t known I’ve been a part of the silent majority. The first week following the tragedy of Floyd’s death, I did and said nothing. Not for lack of motivation, but because I didn’t know what to do, how I could make a difference.

As a child of the 1960s in rural white America, I am familiar with prejudice. Racial bigotry saturated my hometown community. Anyone with a foreign last name or who had darker skin stood out as an oddity. Although it embarrassed me, I felt powerless to change it, so I did nothing. I thought not being a part of the problem was doing something. I couldn’t see how my apathy contributed to the bigger issue.

I met a black person for the first time when I was twelve, and first had a black friend at 18. Her name was Rose. I was proud to be Rose’s friend. So enlightened. Such sentiment and shallowness now make me sick.

Looking back, I see now how blind I’d been to the realities of this young woman’s life. She was one of the only African-American students on a campus of over three thousand. I wonder what it was like for her to eat, sleep, and attend class with well-off white kids. I never met her family or took her home to mine. Did anyone invite her to their house? Probably not. And the worst part is that I didn’t know any better.

Last week I stood in the grocery store checkout line across from a black cashier. He joked with me as I paid for my food. It crossed my mind that I should say something. I should to let him know that I care and want to be a part of the solution.

All the words died in my mouth, sounding stupid. And at that moment it hit me. I’m just another Elena Richardson, from the book and TV series Little Fires Everywhere, with all my “highfalutin” wishes that only result in more of the same. And as I stood and stared at him, I realized my desire to reach out sounded trite and shallow. It only succeeded in revealing my ignorance rather than providing real help and support.

Recently I’ve become aware that black mothers worry about their sons returning home safe. How could I have not known this? As a mom of three grown boys, I can’t imagine worrying mine might not make home simply because of the color of their skin. The senselessness of this stress is unacceptable. But what is even more shocking is my complete lack of awareness that so many moms contend with this real and daily fear.

My white privilege is a cloak I wear, but I don’t know how to let it drop. It permeates all aspects of my life. How do I bridge the gap it creates? What can I do or say that will make an impactful contribution to this societal discourse?

I long for this country to experience real change. For it to become one that Ibram X. Kendi describes as anti-racist.

The concern is legitimate that once the country’s unrest eases, life will return to its previous normal. I sure hope not. I understand the worry, though, since I’m facing my impotence on how to make a difference.

I think facing my white privilege needs to start in my heart. We must face our ugliness and shake off our biases and fears. We need to truly see that the value of human life does not depend on accomplishments, beauty, race, or wealth. It is the birthright of every single living human.

Black lives matter. This truth is so evident that it shouldn’ t need to be said. We should know to the very marrow of our bones that life is precious. It’s a sad commentary of our country that this truth has to be brought to our awareness one more time.

The recent peaceful protests are a start, but only that. A beginning. I must live differently — to break out of my segregated community and church. To advocate for real change, starting with public policy.

I’m deeply troubled that it took the death of one black man for me to realize I’d been living in the shadow of silent ignorance to the plight of so many. For lasting change to occur, we need to do more. I must do more. And it begins with waking up to the realities of others.

My Secret Wish to Have the Same Freedom Men Enjoy