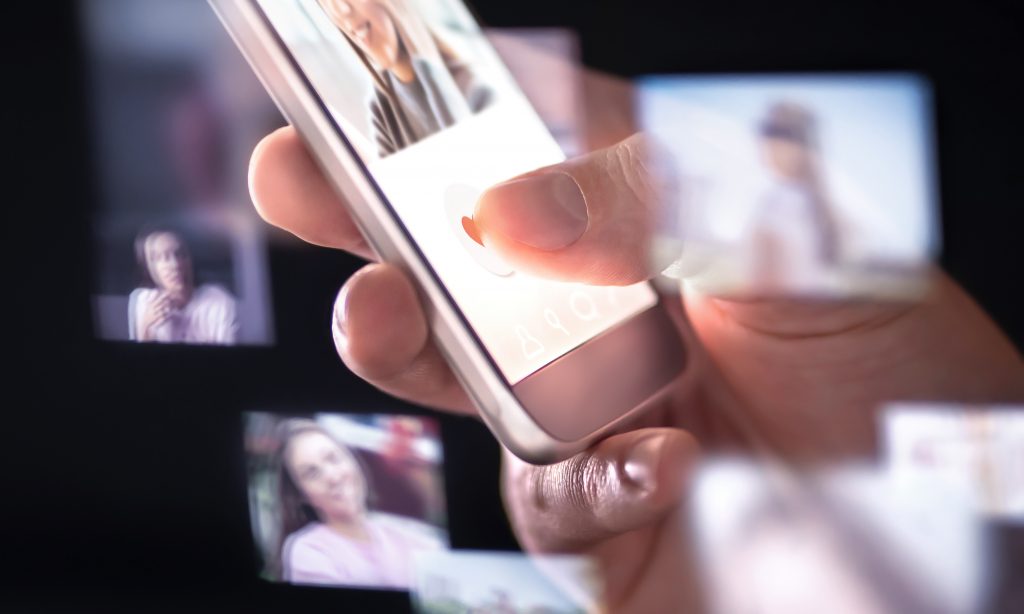 I find it tiresome and disturbing.

Last week I closed both of my online dating profiles frustrated with the pervasive hookup mentality . I arrived at this decision after a busy week of three first dates.

Two out of the three guys wanted to see me again, so I guess you could say it went well. Only it didn’t. Both men wanted sex more than they wanted to build a relationship, which left me feeling bruised, invisible, and worn out.

I started online dating four years ago, shortly after being widowed. I had a lot of what I like to refer to as “meet and greets” — those first encounters with someone to see if the online magic happens face-to-face. Most often we’d met at a coffee shop, a restaurant during happy hour, or a local park. Some of these guys might have been interested in a hookup, but they didn’t broach the topic. For the most part, we spent the time getting to know each other to see if a second date was warranted.

A Change in Online Dating

After a three-year hiatus, I’m dating again. And in the intervening years, something has changed. Radically. From my initial contact to the first meeting, there’s a noticeable difference in message and tone.

I first spot an appealing profile description. The photos are tasteful and pique my interest. No former girlfriend or ex are cropped from the image. There’s a mix of pictures that give me an overview of this guy’s hobbies without feeling like an ad for extreme sports. His profile description is upbeat and inviting, rather than scary, intense, or hostile. We have a few things in common, so I reach out with a comment about a mutual interest.

Half to two-thirds of these queries go unanswered. Of those who respond, most men text a bit before disappearing. Only a few guys express genuine interest, and we begin a conversation.

What’s with this preoccupation with sex?

Up to now all of this feels much the same as my previous dating experience. Here’s where it starts to differ.

In the past we would have connected to see if we have something in common; now it’s to ascertain my sexual availability.

Men come at this from all directions.

One guy told me he loved to cuddle in front of a fire with a glass of wine and wondered if I‘d be interested. I responded, “That sounds great, but for the first meeting, let’s have a cup of coffee and get to know each other.”

He ignored my suggestion and instead texted again, “It’s a cool evening, perfect for that fire.”

Did this guy not finish school?

I answered, “Yeah, that sounds like a great way to end the day once I get to know you better.” He didn’t bother to respond.

The following weekend he texted again and mentioned it was chilly out, definitely cuddling weather, was I interested? To which I ignored.

Others are more direct, which I find odd since my profile clearly states I’m looking for a long-term relationship. But more importantly, under sexual orientation I identify myself as demisexual.

Maybe some men don’t know what that means. Dictionary.com defines it as “a sexual orientation characterized by only experiencing sexual attraction after making a strong emotional connection with a specific person.”

I’m not disinterested in sex, actually just the opposite. I am very interested, only with someone I love. I don’t find strangers hot and am not interested in casual sex.

The men I start to chat with either haven’t read my profile, don’t understand what this sexual orientation is or, worse yet, don’t care. Within minutes they bring up the subject of wanting to hookup. Once I’ve explained they got the wrong person, they’re gone.

Some men hid their intentions until we meet.

Then there’s the rare guys I get to meet. Our texting and phone calls have been fun, and we’ve agreed to see what happens in person.

Some dates end up being a retrospective to these guy’s past failed relationships. I listen to them drone on about what went wrong. I’m not sure why they have agreed to meet since the purpose wasn’t to get to know me, and I resist the temptation to send them a bill for the therapy session.

Then there are the rest of the guys who seem mostly motivated to have sex.

Take my last date. Conscientiously social distancing, we met at a coffee shop and bought something to go. Then we took a short walk to the park and found a bench where we could sit several feet apart.

As we chatted, I glanced at his face and saw a look that made me squirm. He reached out and briefly caressed my shoulder. I resisted the urge to recoil.

“You know, you’re beautiful. Much prettier than your pictures,” this guy said, his voice low.

I smiled and replied, “Thank you.” Then I returned to the topic at hand. The compliment would have felt nice, if it hadn’t been for his hidden agenda.

We talked a bit longer. A few more times I caught him staring at the wrong places. His eyes lingered with an unmistakable hunger.

The date ended with comments of “let’s do this again.” By the time I arrived home, and he’d texted and asked, “Will you ever be interested in a sexual relationship with me?”

What? I thought we were trying to get know one another.

I shot off a quick reply, reminding him I wanted to build a relationship first. Then I mentioned that attraction came once I developed feelings.

“Being sexually intimate is a way to get to know someone,” he typed back. “Life is short, so let’s enjoy it!”

Ahhh…no thanks. I politely wished him the best of luck and ended the relationship.

Looking for Hookup Instead of a Relationship

I wish this was an unusual occurrence, but it’s become the norm. Both of last weeks’ dates wanted a quick sexual liaison. Yeah, they might have been open to developing a relationship but their primary goal was sex.

I wouldn’t have a problem with this if it was what I wanted too. I’ve been very clear, though, from my profile description to the preliminary conversations that I’m not into something casual.

When did online dating become just about sex?

In Mexico, there’s a website where escorts and sex workers advertise their services. (Maybe such a thing exists in the United States; I just haven’t bothered to look.) Guests can log in and peruse the online pages of men and women showing off their wares, much like a catalog.

I hate to admit this, but online dating is beginning to feel like a free version of the same service. Over the past six months, I’ve repeatedly experienced men pushing to have sex. I’ve warded off invasive touching, aggressive kissing, and outright hinting for more.

What is going with men? I don’t understand this entitlement to sex. Maybe it’s not them but me. Perhaps there’s something wrong with my profile. Maybe I need to write one that’s more explicit.

I worry the problem isn’t me, but rather with our society. That sex has become no more than an itch to be scratched. That it has lost it’s significance of being a way for two people to vulnerably share themselves with one another.

I sure hope not.

Time for a New Approach

But for now, I’ve decided to take a break. I need to step back from online dating and to catch my breath. To think through my approach before I resume meeting new people.

I’m considering rewriting my dating profile. Maybe it’s time for me to become more outspoken – to lead with a bold statement of my disinterest in hookups. In the past those types of profile descriptions have turned me off, but now I’m beginning to see the appeal.

Will it rebuff those seeking causal sex? Only time will tell. Once I’ve recuperated, I’ll give it a try.

The Art on Online Dating

Things No One Warned Me about Dating in my 50s

My Dating Life Has Actually Improved Since COVID-19

Interested in learning who I’m using for Matchmaking Services?
Check out Tawkify!