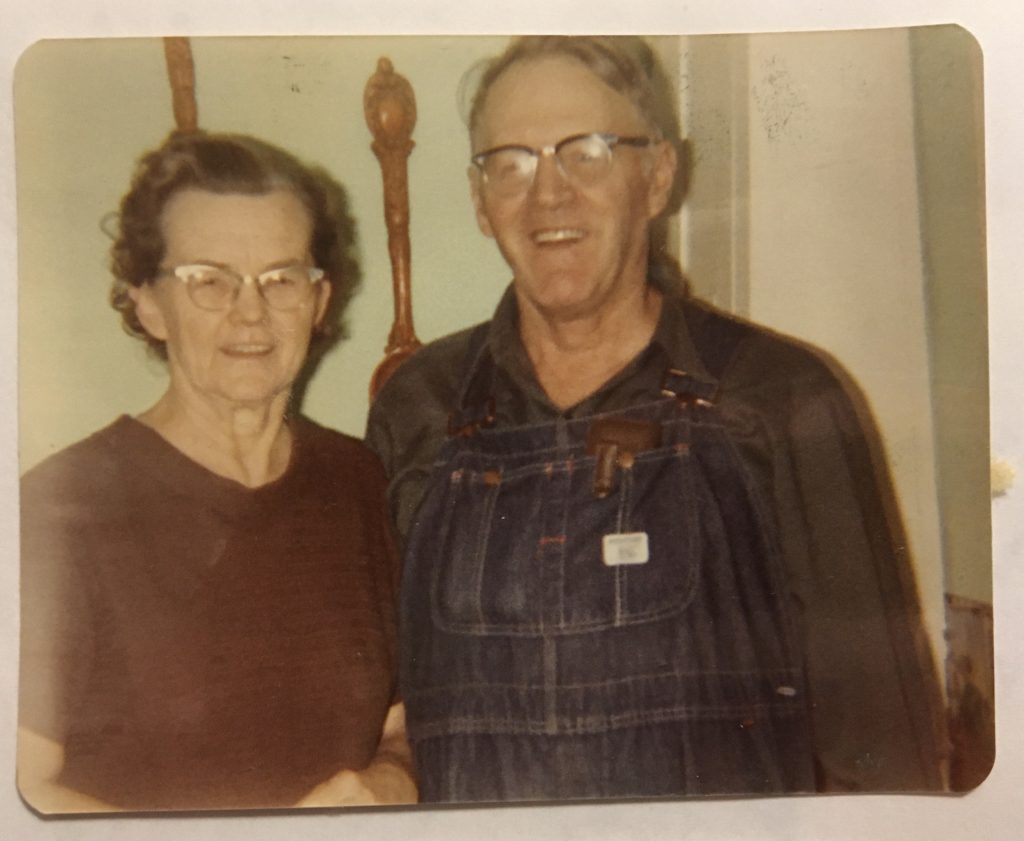 How a letter written ninety-one years earlier enlightened me

When I think of an example of a strong woman – someone I consider a feminist who’s fought for her rights – my grandmother doesn’t come to mind. In fact, I’ve considered her life a prime example of a typical traditional woman. As much as I’ve loved her, until now she hadn’t been one of my heroes.

That was until last night.

It all started when my mother texted me Friday evening as I was heading out for a party and asked me to give her a call.

“There something I want to talk to you about,” she texted.

“Is it urgent?” I responded.

A day later I called her back. “What’s up?” I asked once I heard my mom’s voice on the line.

“Well, your aunt and I were going through some old letters that had recently been found. They’re from your grandmother,” she said. “There’s one, in particular, that’s very powerful. Sad, actually. Grandma wrote it when she was just seventeen.”

Now my interest was piqued.

My mom began to read. Tears sprung to my eyes as I listened to the content of the letter.

A bit of background

I had heard a bit of this story before. When my grandmother was alive, she liked to talk about this period of her life but always in favorable terms. This letter, however, cast it in a completely different light.

My grandmother, the third oldest of nine children, was born in 1912 to a poor farming family. Times were tight for them, so during her final year of high school she took a position as a hired girl to a local family. Her earnings covered the cost of tuition, and the remainder was sent home. Still unable to make ends meet, my grandmother had to appeal to the school superintendent for financial help pay off the last of her bill so she could graduate.

She went on to marry a local boy in her twenties and had four children. The middle son was born with Down’s Syndrome. In those day, developmentally-disabled children were institutionalized. My grandmother refused and raised her son at home. They managed a small farm in the days when farmers relied on horses.

Grandma might had been what some would call a Fundamentalist Christian. Each day, she made it a practice to read the Bible followed by a prayer for her long list of friends and family. As a modest woman, not the typical image of a feminist, she favored dresses and only on rare occasions wore trousers. She pulled back her long graying black hair in a bun, never used make-up, and wore a simple gold wedding band as her only jewelry.

Years ago I decided my grandmother was the epitome of a stereotypical female. Although I adored her, in my mind she’d settled. I didn’t want to be like her; I wanted to be more.

At least so I thought until I listened to a letter written by a seventeen-year-old girl with dreams of her own. I want to write and let you know something cause I don’t know as I could say all I want to and say it decent. I never seen it before I guess as I see it now that I have really been mean you might say or as ridiculously sassy. How do I regret I can’t live over what I have and mend them. I’m sorry beyond words I have been so. I’ll soon be eighteen and I remember so clear many things you have told me. Of what I am and how I have been also things you have told trying to help me.

I guess I’m homesick. I don’t know since I never really was before. It’s almost discouraging enough sometimes to give up the whole school going. I don’t know when one weekday ever been so long before. When I was here (working as a laborer) I didn’t get my lessons good and at school I couldn’t answer correct. I failed in Geometry today and am doing unsatisfactory work in Latin for lack of study.

Why do I want to stay away from home and go to school and spend one year of life and then fail for? I’m at ends what to do. You folks have done what you thought best, of course, I know I hate to say and think about it the way I have but, I could work Saturdays and be to home through the week and go to school, it would be so much nicer for me and in this way pay for my tuition.

I know it’s uncomfortable at home on the account of bedding but I would almost rather sleep with (my little brother) and be happy at home than sleep on feather ticks and cotton and wool and be unhappy and failing my lessons. She (the employer) doesn’t like my violin lessons. I’m supposed to have lessons after school Wednesdays and Fridays. But can only have them Wednesdays on her account. I’m skipping every other lesson. I’m just telling you though. Don’t tell anybody until you see and talk with me again.

Shocking discovery my Grandmother was a Feminist

This letter transformed my view of someone I thought I knew. I had mistakenly thought that because my grandmother wasn’t an outspoken rebel that she hadn’t done anything unusual. I couldn’t have been more wrong.

I wished I had known the rest of the story when my grandmother was alive. I’m overwhelmed by this discovery. Here was a young woman — a teenager really — who was trying to make her way in difficult times. Like so many women today, she’d been caught between the demands of full-time schooling while trying to hold down a job.

She’d wanted to succeed while remaining a dutiful daughter to her mother, a harsh woman with a history of mental illness. My grandmother was trying to be respectful, yet advocate for herself. She appealed for help.

The response to this letter must have been no since my grandmother never returned home. And in the end she had to make some tough choices. She stopped playing the violin, never to pick it up again — a casualty of her circumstances. She bore the loss well, never one to complain or to hold a grudge.

Somehow my grandmother found the inner strength to make it through that challenging year. She not only graduated from high school, but thirty years later she also returned to college and became a certified teacher.

Seen in a different light

Now I see my grandmother’s accomplishments in a different light. Her quietness wasn’t an acquiescence to the status quo as I had previously assumed. No, it was silent determination in the face of enormous odds.

She went on to raise a family during the latter years of the Great Depression and throughout World War II. She defied of the medical professionals of her day to raise their severely disabled child at home. But, she didn’t stop there. She become one of founding members of the local community chapter to help the intellectually disabled.

Now I know my grandmother never stopped dreaming, despite familial, societal, and financial constraints. This quiet woman had succeeded in overcoming tremendous obstacles. She was a feminist — an early pioneer — although I doubt she’d ever use those words to define herself. She’d say she did what she had to.

I wished I could have told her how much I admired her strength, perseverance, and positive example. I would have thanked her for her uncommon determination and courage.

So I’m taking this opportunity to thank her now.

I wish I’d known more of the challenges you’d faced as a young women in the early twentieth century. I failed to see what an amazing example you were. I’m sorry I didn’t appreciate your sacrifice.

I know a bit more now, though, and I want to take this opportunity to thank you for being an incredible example of dreaming high. You never let hardships or gender roles stop you.

You showed me what was possible by being one of my biggest cheerleaders. You sent me encouraging notes throughout my life. Thank you for never stop believing in me.

I hope my life is a testament to your quiet accomplishments.

With all my love.