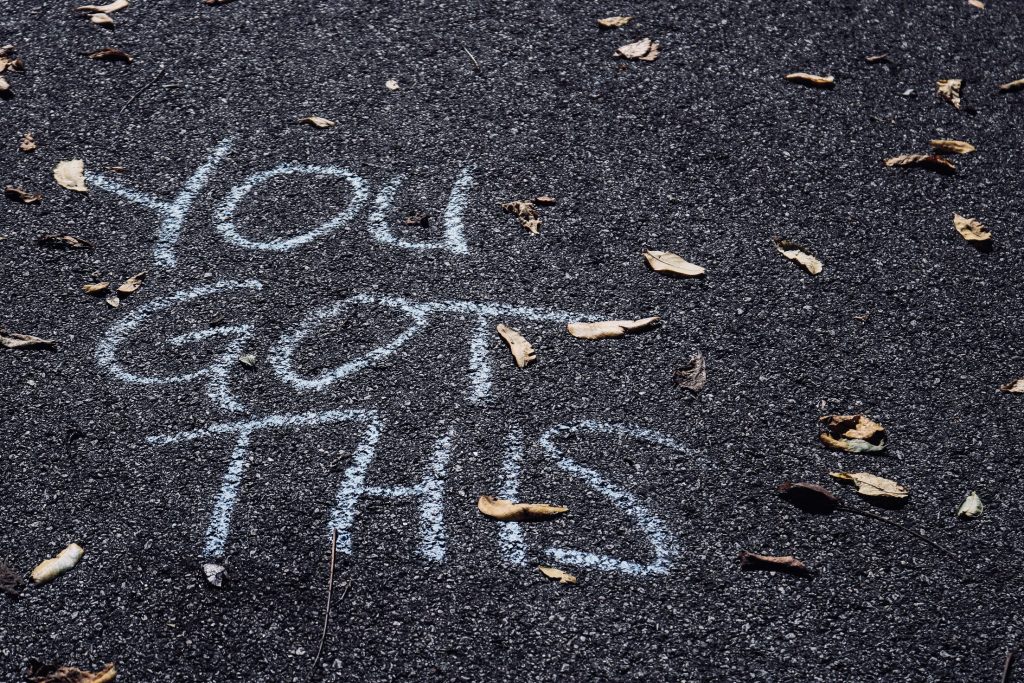 Set yourself free through the use of these habit loop steps

So, what was the first thing you did this morning? Did you look at your phone, grab your glasses, go to the bathroom? Whatever you did, odds on, you do the same thing in the same way, and in the same sequence every day. Why? Because most of us are like that.

We are creatures of habit.

Our habits, whether good or bad play a huge role in our mental and physical health, success, and quality of our relationships. Our habits affect every element of our lives, even our tendencies toward depression and anxiety, and usually without our conscious awareness.

The science of habit formation and change has become a hot topic over the last few years, thanks in part to Charles Duhigg’s bestseller the “The Power of Habit”. He gives a good example of the impact of habit change in the first chapter when he discusses the case of Lisa Allen, a participant in a research study looking at people who have successfully changed their lives.

For most of her life, Lisa had been an overweight smoker, with a similar tendency toward financial mismanagement. After her husband left her, she quit smoking, and this one habit change reverberated throughout her life. Next, she got in shape, lost weight, started jogging, went back to college, and successfully remarried. Her life changed because her habits did.

But habits are not that easy to change as anyone who has ever tried to give up pizza can attest. That’s because they exist at a biological level and are encoded in our brain cells. This allows our gray matter to put our habit on speed dial, reduce brain activity, and focus on something else, while we trudge through life on autopilot.

Scientists can literally look at your brain using imaging scans and see your habit. When we perform an action or think in a certain way about something, certain neurons fire together and this forms a pattern of interaction that becomes more pronounced with time. Hebb’s Law says that “nerve cells that fire together, wire together”.

Because the brain is like an onion, new learning develops on top of old. You can never get rid of a habit — it’s there encoded in your brain for good. You just add new learning, which creates new neural connections, and a new habit that over-rides the old program.

A habit is made of three factors that form a habit loop: 1. A cue 2. A routine 3. A reward. For instance, say you are a smoker, you might find that you are prone to smoking at a certain time of day or in a certain environment. That time of day or that environment is the cue that gets the ball rolling. It triggers your habit of lighting up (the routine), and the reward in this particular loop could be that your anxiety or jonesing for nicotine is temporarily shut down. The best way to break a bad habit is to identify your cue and your reward and substitute another routine for the problem behavior.

For instance, when I was a smoker, I often lit up while watching TV. When I quit smoking, I substituted drinking tea or chewing gum as a way to curb my impulse to smoke. I believe that the reward I got from smoking was that it served as a distraction (and if you’re a Freudian, it was an oral fixation Lol).

Tea drinking/gum chewing were suitable replacements. Eventually, I was able to quit successfully. To learn a new habit and make it stick, associate your new routine with a cue (i.e., leave your running shoes near the door to remind yourself to exercise) and reward yourself when you perform the routine (e.g., treat yourself to a delicious smoothie).

Anxiety as a Bad Habit

Most of us can understand that smoking is a habit, but negative emotionslike anxiety and depression also make use of the habit loop. Now, with that being said, there are environmental and genetic factors that play a role in anxiety disorders. Some people are simply more vulnerable than others. But our emotions don’t just spring out of a vacuum. They are the result of deeply ingrained automatic thought patterns that act as an unconscious trigger.

Just as having a cup of coffee might act as a cue and make one person want to smoke, thinking a certain negative thought (often triggered by an environmental event e.g., your mother’s visit) can make another person an anxious, nail-biting, kick-the-dog, hot mess!

People who have anxiety disorders, often have a lot of stress in their lives and are not always aware of their feelings. Unfortunately, repressed emotions don’t just go away. They leek out in unforeseen ways. For instance, in worry, headaches, emotional eating, and panic attacks.

According to psychologist David Burns, author of the seminal classic, “Feeling Good: The New Mood Therapy”, anxious people worry about something bad happening that they can’t control. And think such thoughts as “I can’t handle this”.

These thoughts pop up suddenly in response to certain situations and trigger negative emotions. Usually, the thoughts are automatic, fly under the radar, and put you in a crappy mood. But at the same time, you might not even be aware of why you’re feeling this way.

The trick is to break out of automatic pilot and get mindful.

Steps in Habit Reversal For Anxiety

To break the cycle use of anxious responding, you also make use of a habit loop.

Typically, anxiety is brought about by very specific thought patterns that may be triggered by certain situations. For instance, anxious people often have illogical thinking habits that are called cognitive distortions. Burns list 10 types of common thinking errors in his book:

The anxious tend to be especially prone to the errors of magnification(blowing things out of proportion), mind- reading (you just know that everybody at the table thinks you’re a klutz for dropping nachos on your shirt), and fortune telling (zeroing in on all the possible ways for the shit to hit the fan even if it still in the loo!). They dwell on negative catastrophic thoughts and generate an endless string of scary “what ifs” that accomplish nothing but the creation of more fear and anxiety.

To break the cycle, record your negative self-talk during an anxiety episode. Then take a critical look at how you are talking to yourself. Are you using words like “always” or “never”? This is a tip-off that your thought isn’t true and is likely an over-generalization or a form of magnification because most things in life exist in shades of gray. Almost nothing is black and white.

Do you use a lot of “should statements”? For example, “I shouldn’t feel so anxious, or shy, everybody else seems to know what to say.” “Should statements” sometimes turn a “like” (I would like to be socially at ease) into an ironclad “must” (I must be at ease, or I am a fool) that is unrealistic and dogmatic. Identify the cognitive distortion present in your thinking and try to add some flexibility to your self-talk.

Since anxious folks tend to have a lot of catastrophic thoughts, it is helpful to remember a time in your life when you were frightened and whatever you were afraid of didn’t come true (it usually doesn’t). Also, ask yourself some probing questions such as “What evidence do I have that ________ is true?” Take a look at the evidence for and against your self-talk.

For instance, you might say to yourself “I can’t ask for a raise right now. I am not doing well on the job, and my boss probably thinks I’m an idiot”. These two sentences contain the distortions: “discounting the positive”, “labeling”, and “mind-reading”.

A more flexible way of looking at the situation might be “I may not be the best employee they have, but I’m doing the best I can; what evidence do I have I’m not doing a good job.?”

2. Change the Routine (Substitution: Put a Coping Thought in Writing)

Come up with a good rebuttal to your negative self-talk and put it in writing. This is the substitution part of the habit loop. You are changing your routine of how you respond to anxiety, but this has to be something that you believe strongly on an emotional level.

Thought or behavior that is rewarded tends to be repeated. So, even if the reward is just patting yourself on the back for being able to shift your thinking, it can still be reinforcing. Or, you could do something like treat yourself to something small (like a new tube of lipstick, a cappuccino, etc.) after you shifted your thinking over a certain number of days.

Next, you’re going to have to condition this thought again and again so it becomes encoded in your brain — just like any other habit. It might help to visualize yourself having a typically anxious moment and successfully substituting a coping thought for one that generates anxiety.

Literally, see yourself in a situation that triggers your disturbing emotions, bring up the negative self-talk, and visualize yourself shifting your thinking. Visualization used this way is a type of repetition and research shows that our brains can tell the difference between something we image doing and an action we have actually performed. So, even if you just mentally rehearse the new thought, your brain is encoding it your old gray matter.

Changing your habitual thought patterns isn’t easy. After all, you’ve thought like this your entire life. It’s the road most traveled- but it’s the one that leads nowhere. The above steps are a form of cognitive behavioral therapy (CBT), which is one of the most evidence-based treatments for anxiety. It is based on the idea that our emotions emerge from our world view and changing the latter can substantially change the former. As the late, pioneering psychologist Albert Ellis put it:

A big thank you to Dr. Smith for this practical article on managing anxiety! (original articles posted June 13, 2019 on Medium.com.
About the Author:
Kaye Smith PhD is a jack of all trades and master of a few. She has a PhD in psychology with a research focus in social psychology and female sexuality. She is a life coach, former psychotherapist, an artist/photographer, and adjunct professor of psychology. She is also a crazy cat lady who drinks too much tea. She can be reached at https://kayesmithphd.com/.

The Grieving Don’t Need Pity, Just the Freedom to Mourn

The Common Mistake of Doing Anything for Love

Any cookies that may not be particularly necessary for the website to function and is used specifically to collect user personal data via analytics, ads, other embedded contents are termed as non-necessary cookies. It is mandatory to procure user consent prior to running these cookies on your website.